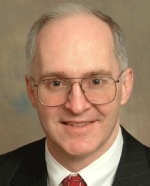 Dr. David Polly
handed in resignation
to the American Academy of
Orthopaedic Surgeons Board

by Joan Trombetti, Writer
Under intense scrutiny for not revealing a relationship with Medtronic, Dr. David Polly, a well-known spine surgeon, has resigned from the American Academy of Orthopaedic Surgeons Board.

In an article in the Minneapolis-St. Paul Business Journal, it was reported that Polly testified in 2006 before a Senate committee, where he urged that more funding be provided for research related to combat injuries, but did not reveal to the panel that he was, in fact, a Medtronic consultant, billing the company thousands for his presentation.

His appearance in front of the panel led to an award of $466,644 for research at the University of Minnesota, issued by the Department of Defense. The study included research on Infuse Bone Grafts, which is a Medtronic made medical devise. Although the University knew of Polly's consulting position with Medtronic, it was determined that these duties were not related to the approved grant research, and the Medtronic bill was for a separate Infuse study.

In addition, Senator Charles Grassley conducted an investigation, which revealed that Polly had billed Medtronic $50,000, which included lobbying fees. In all, Polly received approximately $1.2 million, which included honoraria, consulting fees and expenses from Medtronic, between 2003 and 2007, and allegations claim that these fees were not disclosed and information given to the committee was inaccurate.

In a letter from Grassley to Medtronic, it was suggested that the payments to Polly could be considered a conflict of interest and that updates from Polly were given to Medtronic in violation of a set agreement with the University of Minnesota and might contain false information to the university's ethics committee.

Following Grassley's accusations, Medtronics issued a statement that said the company had no knowledge of Polly's failure to reveal his relationship with Medtronics to the Senate committee, and along with the University of Minnesota, was initiating an investigation to review Grassley's allegations.

In a statement by Dr. Joseph Zuckerman, president of the American Academy of Orthopaedic Surgeons it was reported that Polly resigned from his board position. Zuckerman said that the academy believed that the relationships between industry and physician can be productive, innovative exchanges occurring for the good of patients and medical advancements, but "when these relationships come under scrutiny, as Dr. Polly's have, an unnecessary distraction takes away from the mission of the academy."