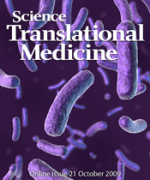 by Brendon Nafziger, DOTmed News Associate Editor
In a breakthrough that could change the lives of cancer victims, pilots and nuclear power plant workers, researchers might have found a way to protect cells from radiation damage.

However, he says at some point radiation would damage tissue through thermal energy, which this process might not be able to stop.

Perhaps equally exciting, Dr. Isenberg and his team found that while his technique protected healthy cells from damage, it actually increased the effectiveness of radiation treatments on cancer cells.

The reason, Dr. Isenberg suspects, is that while the tumors were not protected by inhibitory-pathway blocking actions, the immune cells surrounding them were, and are thus able to attack the weakened tumor following radiotherapy exposure.

The potential applications of this technique are manifold, from protecting patients getting CT or X-ray exams to helping certain workers, such as commercial airline pilots and engineers at nuclear power plants, from higher-than-normal radiation exposure in their job. Because of the diverse ways that the pathway can be blocked, sunscreens could even be developed to help protect skin cells from UV rays.

Dr. Isenberg believes that in addition to radiation, this pathway has profound implications for heart disease and other disorders "perhaps on a scale not yet appreciated," he says.

Currently, his lab is working toward getting funds for toxicology tests so at some point drugs could be developed for humans. He also plans studies to see how long an effective dose lasts -- would someone get one-month, or one-year immunity following a dose?

Also, a bigger mystery is figuring out how, by blocking this pathway, cells are able to fix the damaged DNA within. Dr. Isenberg says they know that following radiation exposure, the DNA is scrambled, but somehow, with this treatment, the cells are able to get themselves right.

"It's not that we're blocking radiation from hitting the tissue," he says. "Somehow...they repair themselves, and go about their business."

And finally, research may reveal why we aren't born with the inhibitory pathway already blocked. Dr. Isenberg says the process probably evolved when deep sea fishes emerged on land, and somehow was used to regulate changes in internal pressure. So would turning it off create other, unwanted effects? Although none were seen in the studies, nitric oxide is a powerful vasodilator, he says, and maybe the body needs some way to control it.

Watch an informative video to learn more about this unique interdisciplinary journal: