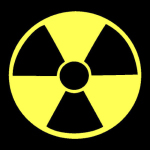 Medical isotopes could
be the new
wave of cancer
therapy.

Although breaking down the isotope actinium-227 to get the alpha particles radium-223 and thorium-227 has been done before, the U.S. Department of Energy's researchers are making it more affordable. Radium-223 and thorium-227 emit alpha radiation, and this high energy can destroy cancerous cells without causing a lot of damage to healthy tissue, the researchers said.

"There is superior potential for those two isotopes to be used for the treatment of cancer," said Robert Atcher, chair of SNM's domestic isotope availability task force.

Development of radium-223 and thorium-227 is in full swing at both PNNL and the Oak Ridge National Laboratory, both DOE laboratories.

Breaking down actinium-227 into the potential cancer-treating medical isotopes isn't a terribly hard process and takes just several days. The obstacle that researchers face is the short supply of the parent isotope, actinium-227, which is a natural decay product of uranium-235.

"Very little of it exists," said Darrell Fisher, a PNNL senior scientist who works in the isotope development program. "In the long run, the idea is to make more actinium-227."

"The making of actinium isn't unique," Fisher told DOTmed News. "But no one is really focused on doing that. The main reason is that they haven't recognized for, many, many years, the value of radium-223 or thorium-227. This is just kind of coming along now, as more and more people recognize, 'Hey, these are good alpha sources for cancer treatment, and they're available now.'"

"These isotopes are constantly generated whenever you have an actinium-227 source," explained Fisher. "The tricky [part] in making these available is to be able to separate them purely from a large mix of other isotopes...Purifying just one of them, or two in this case, and making them available in high purity is quite a feat."

But researchers are confident that once the need for the medical isotopes increases - as clinical trials in the United States begin and continue overseas in Europe - they will be able to deliver.

"We have enough to make isotopes available to anyone who needs it," said Fisher. "Any place, at any time."

"We can produce commercially, if it comes to that," said Saed Mirzadeh, an ORNL research scientist, who is also developing the medical isotopes. "The reactor can easily supply all of the radium-223 that is needed."

Because of the alpha particles' ability to destroy cancerous cells without causing too much damage to healthy tissue, it's no wonder researchers are after them to develop cancer treatments and therapies. Phase 3 human trials are already taking place in Europe, and more recently in the United States, using radium-223 for both cancer pain management and preventing the spread of bone cancers.

"We demonstrated in earlier trials that radium-223 has the ability to prolong survival with benign side effects," Thomas Ramdahl, Algeta's chief technology officer, told DOTmed News.

"Radiation that is typically used to treat cancer is either photons or electrons," explained SNM's Atcher. "Those two, while effective in many cases, are not the most ideal in terms of radiologic biology characteristics. Alpha [particles] have a much more destructive power than a photon or electron does. If you can deliver the alpha particle to the site you want to treat you have a much higher likelihood of achieving a therapeutic effect."

Radium-223 targets the bone, and in effect can treat pain from bone cancers and also "try to knock down the occurrence of skeletal diseases," explained Fisher.

In advanced stages of certain cancers, especially breast and prostate, the cancers metastasize into the bones.

While radium-223 is a "bone seeker," Fisher explained, thorium-227, which decays into radium-223, can be used to treat any part of the body except bones.

"Some researchers think if you link thorium-227 to a delivery system you will get all of the advantages of radium-223 created at that site," he said. "It's an in-vivo generator for radium-223....If you really want to deliver these isotopes to soft-tissue tumors - colon or melanoma - the delivery vehicle holds on to the isotope and takes it where you want it. Thorium is the answer for every cancer except bone cancer."

Ramdahl explained that Algeta's trial uses thorium-227 to deliver radium-223 to other tumor sites in the body.

"We think that our alpha particles have great promise in cancer treatment," he said.

Unlike other cancer therapies, the alpha particles do little damage to the white blood cells, found deep in the bone tissue, explained Mirzadeh.

"Normally, you go through the healthy cells to get to the tumor," he said, but with these alpha emitters there is relatively little damage.

Moves to test these medical isotopes on humans in the United States are here but somewhat behind Europe, and making the drug commercially available is a long time off, said Atcher.

"We're several years away from having a product that's going to be used routinely in clinics," he said.

But now that the isotopes are available, the researchers are trying to come up with "clever" ways of using them to treat cancer, said PNNL's Fisher.

The alpha particles "are the most potent agents we have for treating cancer," he said.

Fisher pointed out that the costs of these medical isotopes are unknown at the moment, but he predicts they should be less than other alpha emitters. The government's DOE will be the one to determine cost, he said.

But the DOE's labs are ramping up for human trials now that the U.S. Food and Drug Administration has given the green light.

"At that point, if they start human trials here, we will need much more radium-223," said Mirzadeh. "That's where PNNL and ORNL come into the picture."