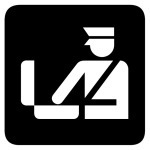 From the U.S. government's perspective, a rogue's gallery of nations. All three countries are among a handful - North Korea, Burma and Sudan, to name most of the others - with whom trade is either forbidden or severely restricted.

Or so most people think. But it's not entirely true: the U.S. government recognizes its sanctions are designed to put pressure on hostile regimes, not hurt ordinary citizens. That's why it allows what it calls humanitarian exceptions to most embargoes for food and medical supplies and equipment.

In general, it's perfectly legal - if proper procedures are followed - to sell medical equipment to appropriate people in these countries.

DOTmed News spoke with companies that trade to these countries, as well as government officials in different departments. Because of political sensitivities, no one was willing to go on the record for the talks.

Before we take a look at a few of the countries, and how you go about exporting to them, some caveats:

Second, in many cases parts - which also need export approval - can get more scrutiny than whole machines, as they can sometimes be easier to repurpose for weapons, according to officials DOTmed News spoke with.

Third, trade within controlled countries isn't allowed with everybody. You can't send anything to persons or organizations that fall on the "Specially Designated Nationals" list - generally, members of the hostile regime or people suspected of involvement in arms trade or who have otherwise fallen afoul of export control rules (Iran Export Bank and al-Qaida, to take two examples). Companies trading with these countries must do due diligence to make sure these entities aren't the ultimate recipients of the deal.

Or as the U.S. Department of Treasury puts it, "Any U.S. individual or organization engaging in transactions with foreign nationals must take reasonable care to make certain that such foreign nationals are not owned or controlled by or acting on behalf of the SDN, regardless of whether or not they appear on the SDN list."

Finally, before attempting to export anything, consult with an export lawyer or specialist - this is a complex, delicate topic, and you don't want to rely on the words of a journalist.

With that in mind, carry on...

Why is it embargoed? Syria has been on the state sponsorship of terrorism list since Washington began keeping track of such things in 1979, as Washington says it harbors enemies like Hezbollah and Hamas. But it wasn't until the last decade that trade relations were severed, with the passage of The Syria Accountability and Lebanese Sovereignty Restoration Act. Passed in 2003 and signed by then-President George W. Bush, the bill sought to punish Syria for its occupation of Lebanon. The U.S. government also accused Syrian President Bashar Al-Assad's regime of destabilizing Iraq, and the country of illicitly trading in billions of dollars in oil outside of the UN's oil-for-food swap.

But there are signs of a thaw in U.S.-Syria relations. Syria pulled its troops out of Lebanon in 2005, following the assassination of Lebanese Prime Minister Rafik Hariri - which some claim Damascus had a hand in, though Damascus has always denied it - and President Barack Obama basically resumed diplomatic ties last year.

Market size: Syria has very little domestic production of medical equipment and is reliant on imports, especially high-tech advanced imaging equipment, for its 460-plus hospitals and 1,600-plus public health centers. Of its $1.3 billion dollars spent on health care (in 2005), around $30-$50 million was spent on medical equipment imports, according to a report prepared by the Danish Embassy in Damascus last year. Not surprisingly, about one-third of its hospital equipment is imported from Europe, with Germany being a favored supplier. And the market is growing fast, the report noted, up to 50 percent per year, as the country tries to accommodate its rapidly expanding health sector under the government's ambitious, 20-year health care makeover plan.

Most in demand for import are imaging equipment and diagnostic tools, such as X-rays, ultrasound, MRI, CT scanners and ECG devices, the report said. Customs can be steep, though, and duties can range from 20 to 50 percent.

All medical equipment shipped to Syria, from CT scanners to Band-Aids, needs to get a license, technically called an individual validated license, issued on a case-by-case basis from the Department of Commerce's Bureau of Industry and Security. This also applies to anything re-exported - that is, shipped to a third country but destined to end up in Syria, and also anything made abroad but with at least 10 percent U.S. parts (although there is some disagreement among experts, which we can't go into here, as to whether this means 10 percent U.S. parts period, or 10 percent "controlled" parts) .

According to our sources, the bureau routinely licenses equipment to export to Syria, when it's destined to go to appropriate recipients, such as civilian hospitals and practitioners. The average turnaround time for the license is around 30 days.

While licensing equipment for civilian use doesn't tend to present a problem, one item can raise red flags: bone densitometers.

Usually, it's not a problem to ship them to, say, Damascus General Hospital, but these devices have a surprising "dual use." That is, they can be used to check if scientists working on nuclear weapons or nuclear reactors are getting their bones eaten away by radiation.

Of course, these rules only apply to new equipment. While the U.S. export controls are silent on used equipment, Syria's own domestic laws aren't. Currently, Syria forbids the import of all used medical equipment (See our earlier feature).

Why is it embargoed? The U.S. has had a dicey relationship with Iran since the 1950s, when a CIA-orchestrated coup overthrew the prime minister and installed the Shah. Shortly after the Shah was later himself overthrown by the 1979 revolution of Ayatollah Khomeini, students invaded the U.S. embassy and held U.S. diplomats hostage for more than a year. Various sanctions came and went over the years, and in April 1995, President Clinton signed Executive Order 12957, effectively a total embargo against Iran. In the following year, the Iran-Libya Sanctions Act passed (Libya has since been dropped from the act). These rules have been clarified and expanded in new orders issued over the past decade.

Market size: Iran's medical device market relies almost entirely on imports. This past year, imports accounted for almost 98 percent of the total market, according to Espicom Healthcare Intelligence. In 2008, the value of the imports was estimated at $598 million, with Germany and the UK the leading suppliers. In fact, in part because of U.S. sanctions, European Union countries supplied about 66 percent of the total. Now, in 2010, Iran's medical device market is estimated to be worth $702 million, but per capita spending is low, only $9 a head. Over the next five years, the market is predicted to grow to $1.19 billion.

As one source who deals with Iran put it, "It's very complicated."

To ship to Iran, companies need a license from the Office of Foreign Assets Control (OFAC), a division of the Department of Treasury that handles trade to embargoed countries.

But depending on the device, it might first need a "commodity classification" from the Department of Commerce's Bureau of Industry and Security. If the device does not already have EAR99 classification, meaning it doesn't fall under the Commerce Control List's Export Administration Regulations (illustrative list of devices here: http://tinyurl.com/23vo6n8 ), the company will generally need to file this separate application, which has about a one-month turnaround time.

But even if you get an OFAC license, you can't just send to anybody. The OFAC license is issued for a specific distributor - and a specific end-user, with a non-restricted end use, in the country. Companies have to make sure the end-user is not on the "Specially Designated National" list - essentially a black list of people and companies for whom U.S. trade is verboten, either because they're suspected of having misused products in the past, belong to hostile regimes or are after weapons of mass destruction. These entities can't be on the license.

Turnaround time on the license varies. According to some, it takes around nine months to a year to get a license, although others have had it in fewer than four months.

Still, the chances of approval are very good. In an article in MDDI, Michael Gershberg, an associate with the law firm Steptoe & Johnson LLP, said in the first two quarters of 2009, OFAC received more than 400 applications for medical device exports, and only rejected four of them.

Why is it embargoed? After Fidel Castro and his rebels deposed Fulgencio Batista and seized power in the late 1950s, relations between the United States and Cuba quickly went sour. On July 8, 1963, the United States passed a general embargo against Cuba - generally considered the toughest, longest-lasting trade embargo in American history.

Market size: Cuba's imported medical equipment market is believed to have taken a massive hit in 2008, dropping almost 43 percent, according to a recent Espicom survey. The country's health sector was bad all around in 2008, as three hurricanes struck the Caribbean nation and severely damaged its 2,000 health centers. Still, there are some positive signs. China is loaning the country $350 million to renovate its hospitals, while Raul Castro, now in charge, "is more open to liberalizing the economy whilst still retaining communist values, looking to China's example," Espicom said. That said, trade in medical devices with America is tiny. In 2009, it only amounted to $517,000, according to the magazine Poder 360.

But, of course, not everyone thinks so.

"For years, the United States has touted its openness to sell medicines and medical products to Cuba as a manifestation of its humanitarian generosity. But the reality is far different," Kirby Jones, president of Alamar Associates, a Cuban export consulting company, told Poder 360 in an interview. "The United States demands that any company that sells such medical products to Cuba must also certify and report to the U.S. government that none of those products will be used for members of Cuba's government. This regulation makes it nearly impossible for companies to sell since there is no real way in which they can make honest certifications."

Whatever the case, if you plan on trying to export, as always, first check with the U.S. Treasury and BIS to make sure that parties receiving the goods aren't on the banned list. Also, ships are generally restricted from bearing goods to or from Cuba, unless given a license from OFAC.