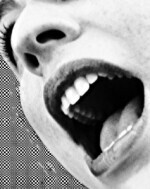 by Brendon Nafziger, DOTmed News Associate Editor
A new report released by a medical device trade group arguing that current rules for group purchasing organizations cost hospitals billions of dollars worth of lost savings was slammed by GPOs as "propaganda" and a "slap in the face."

The anti-kickback exemption comes from a 1986 statute that lets GPOs receive fees from suppliers for items reimbursable by federal health care programs, the report said. The groups got the exemption by convincing Congress the greater bargaining leverage provided by GPOs in securing contracts would ultimately save the government money, according to the report.

The researchers based their estimates on potential cost-savings outside of GPOs by using data from from MEMdata, a service that works with hospitals trying to buy capital equipment. The researchers compared prices in so-called aftermarket auctions, in which GPO-contract vendors bid with contract prices against other vendors.

But in the report the researchers said that on average, through the 8,100 auctions studied, the winning bid was 10 to 14 percent cheaper than the original GPO price over the 10 years of data they had available. The average GPO price was $81,436, but the average winning bid was $73,990, according to the authors.

"Indeed, in [more than] half of all auctions in the transactions database, incumbent device makers on the GPO contract were induced to lower their own prices for the same product to the same hospital, and did so by approximately 7 percent on average," the report said.

GPOs call data 'discredited'
But the GPOs feel they have been vindicated by most non-industry studies. HIGPA said the data in the MDMA study have long been "discredited" by reams of earlier reports, including an Eight Circuit Court finding from August that upheld a verdict favoring C.R. Bard's contract with the GPO Novation. The court said it found hospitals pay, on average, 16 percent less for supplies through GPOs.

Plus, a much-touted report published by the GAO last week found that hospitals increasingly rely on GPOs as the primary means to help keep the costs of medical products and services balanced. In addition, the GAO found that most device vendors found voluntarily adopted rules by the GPOs helped keep administrative fees low and transparent. Three out of five vendors interviewed for the report said they are now paying lower administrative fees and that fees are more consistent and predictable, according to the report.

"Because medical device manufacturers did not like what the U.S. Government Accountability Office found in its most recent analysis of the group purchasing industry, MDMA has chosen to disregard or manipulate the GAO report for its own purposes," Rooney said.

But Bob Yancy, the CEO of MEMdata, from which the raw data from the MDMA study came, was quick to say the report should not be interpreted as an attack on GPOs. For decades, GPOs helped control supply prices and "drove price efficiency in our health care system," he noted.

HIGPA did not respond for comment by press time.

Heather Mayer contributed to this report