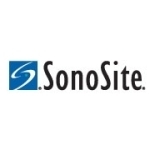 by Brendon Nafziger, DOTmed News Associate Editor
SonoSite is up for sale and courting several buyers, including Samsung, according to a Bloomberg News report published last week.

Citing three unnamed sources familiar with the matter, Bloomberg said the Bothell, Wash.-based maker of point-of-care ultrasounds has also hired J.P. Morgan Chase to give it sales advice. One of the sources also said the company hopes to reach a deal by the middle of December.

News of the talks caused SonoSite's shares to reach historic highs. As of Friday morning the company, with a market capitalization of around $557 million, was trading at $40.13 on Nasdaq.

Samsung, which last year bought Medison, the world' sixth-biggest ultrasound maker, has long announced its plans to move deeper into the medical equipment space, with Samsung chairman Lee Kun-hee saying the company would invest $1 billion in health care by 2020.