Dr. Marty Makary on the future of health care transparency

by Brendon Nafziger, DOTmed News Associate Editor
"The future of" column provides a quick look at predictions for the sector from some of the top minds in the field. This month, we feature Dr. Marty Makary, a laparoscopic surgical oncologist at Johns Hopkins Hospital.


What’s one of the main problems with modern medicine? Lack of transparency, claims Dr. Marty Makary a laparoscopic surgical oncologist at Johns Hopkins Hospital and author of the recent book Unaccountable, published by Bloomsbury Press. Makary, who helped develop the surgical checklist used by the World Health Organization and the inspiration for Atul Gawande’s Checklist Manifesto, says patients need to know what they’re getting into. Here, he offers some insights into how medicine is opening up.

If it works for coffee makers…

Last year Consumer Reports published its first-ever hospital ratings, evaluating 3,000-plus U.S. hospitals using a series of objective measures such as surgical complications and number of unnecessary repeat CT scans. While prospective patients can check up on certain measures on Medicare’s Hospital Compare website, state-run hospital infection sites and other private hospital rankings, Consumer Reports brought a host of metrics together in one place. “Right now we have some useful metrics, but they live in certain states, they live in certain websites,” Makary says. “There’s almost a complete disconnect between scattered resources out there.” He says with consumer groups like Consumer Reports – which has an “excellent,” recognizable brand – encouraging health care transparency, outcomes could improve. “Over time, people are going to recognize the metrics they’re reporting are getting better with each subsequent year.”

Many physicians and hospitals participate in national registries, such as the National Cardiovascular Data Registry. These compile loads of information on the safety and effectiveness of various procedures. However, few make their data available to the public. This could change, and that could make it easier to track how well institutions are performing specific procedures. “In the same way we developed the Freedom of Information Act, I think we’ve come to a point where the public expects transparency for health registries,” Makary says. 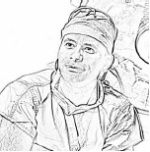 Even Consumer Reports bases its hospital ratings on only a handful of categories. But Makary thinks the number of metrics analyzed for hospital rankings is going to grow. “I think we’re going to see us moving from a few metrics, to dozens of metrics which will be condensed into easy ways for the public to look up hospital performance around specific (procedures), like delivering a baby,” he says. “I think some basic (metrics) that we have ready to make public but are not public are hospital volumes – for instance, which hospital treats 50 patients of Lyme disease a year, and which one treats one Lyme disease (case) a year? That’s information that’s very useful for someone seeking medical care for Lyme disease.”

Tomorrow’s doctors and patients will have grown up with instant Web access to everything from professor evaluations to which apartment buildings have been sprayed recently for bed bugs. “The new generation of folks out there, not just in medicine, the generation as a group, expects transparency in every aspect of their lives,” Makary says. “They expect transparency of corporations, the White House, Wall Street – they expect transparency in their education with their grades, so I think increasingly we’re seeing that expectation of transparency permeate medicine through this younger generation. Of course there are many champions of the cause that are part of the old guard as well, but there’s definitely a different expectation level among (younger) groups.”