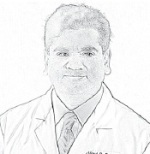 by Nancy Ryerson, Staff Writer
“The future of” column provides a quick look at predictions for the sector from some of the top minds in the field. This month, we feature Dr. Vipul Patel.

Robots will also help surgeons get up close and personal to a surgery even if it’s being done in another country. He predicts that telesurgery will become more common thanks to the capabilities of future robots. Less experienced surgeons will be able to get real-time advice from robotic surgery pros located anywhere in the world. The first step towards that future isn’t complicated, but it is at the core of many facilities’ health IT woes: wireless connectivity. “The biggest problem we have now is the time delay between motion and action,” Patel says. 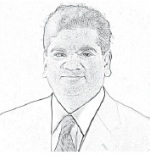 Improved training and less trauma
Robotic surgery is physically less taxing than traditional surgery techniques, as it’s more ergonomically friendly, but there is a steep learning curve. Patel predicts that there will soon be a greater emphasis on training using simulations that show what it’s like to be behind the robot console to cut down that curve. The Florida Hospital Global Robotics Institute, where Patel works, already has a training center and a list of fundamental procedures for surgeons to pass before ever operating on a patient.

Better training and more precise technology will naturally lead to better surgical results, Patel says. Minimally invasive surgery and robotic surgery has already provided patients with shorter recovery times due in part to less blood loss and trauma. In the future, Patel predicts surgeries will be even less invasive, bringing the number of incisions all the way down to zero. “It’s called natural orifice surgery,” he says. “Everything is done inside. That’s something we’re all working towards.”