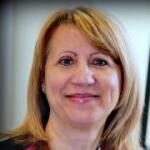 What technologies should we be using for mammography?

by Loren Bonner, DOTmed News Online Editor
A first-of-its-kind study seeks to fill in some of the evidence gaps in digital breast mammography.

The findings, published in the journal Radiology, are the first to show the difference between digital direct radiography (DR) and computed radiography (CR) when compared to screen film mammography. The study found that DR is significantly more effective than CR at detecting breast cancer.

"Papers have been published which have looked at the physics-related performance of CR mammography technology. However, this is the first study which provides clinical evidence that CR technology is not as effective when compared to screen film mammography," said Dr. Anna Chiarelli, lead author of the study and a senior scientist at Cancer Care Ontario in Toronto, Canada, to DOTmed News. (Cancer Care Ontario is a governmental agency responsible for improving cancer services.)

Digital mammography is more widespread than CR in the U.S. and Canada. However, there has been no evidence in the literature to suggest that CR does not perform as well as DR.

However, CR's detection rate of 3.4 cancers per 1,000 mammograms was 21 percent less effective than DR, which could result in about 10 fewer cancers detected per 10,000 women screened, according to Chiarelli.

Researchers believe that the lower detection rates are due to a decrease in image quality.

"The image produced with a CR mammography machine is thought to be more 'noisy' or 'grainy' and not as sharp as images produced by DR mammography," said Dr. Derek Muradali, co-author of the study. "It is not completely clear as to why this occurs but is probably related to the capturing of the image on a cassette and the method by which the cassette is processed in order to produce a digital image."

The study results for DR were consistent with other studies that found similar cancer detection rates compared to screen film for women over 50 years of age.

Digital mammography has been found to be more accurate than screen film in women younger than 50 years of age.

DR is an online system that can read the digital image on the system in real time. CR, on the other hand, relies on a cassette-based removable detector and requires an external reading device to generate the digital image.

"The findings of this study have provided us with the best information on what technologies women should be using for mammography," said Chiarelli.