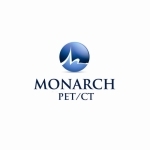 Moyers stepped in on February 1, 2013, after Monarch Medical PET Services and its affiliate entities, including Monarch PET/CT, removed Michael Abboud from the position. According to the company, Abboud was terminated from his position as CEO and from the board of managers. It also discontinued the service agreement they had with Abboud's third party company, Monarch Medical Technologies LLC.

BC Technical is now the new equipment maintenance provider, according to Monarch Medical PET Services.

Abboud filed suit against the board in the Superior Court of New Jersey, Essex County, on February 12, 2013, according to Monarch Medical PET Services. The purpose of the suit was to block and reverse all three of the board's resolutions against Abboud. Last week a court judge denied Abboud's request. The case will continue.

Rice also verified that these issues are now the subject of litigation which Abboud intends to "vigorously prosecute."