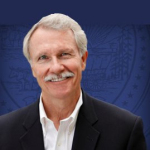 Nevada becomes the 10th state and Oregon the 11th to pass legislation requiring doctors to inform women of their breast density and the possible risks following a mammogram.

Connecticut was the first state to pass legislation in 2009, followed by Texas, Virginia, California, New York, and most recently Hawaii, Maryland, Alabama and Tennessee.