The future of health care with Dr. Daphne Miller

by Nancy Ryerson, Staff Writer
When family physician Daphne Miller set out on a journey to rethink her medical practice, she didn’t expect to learn so much from chickens, cows and wine grapes. She started her investigation after realizing that soil and the human body require a similar pH level and nitrogen-to-hydrogen balance to thrive. That fact made her think about the connection between nature’s ecosystem and the human body’s need for balance, so she decided to get to the root of the link by visiting family farms around the country, from a biodynamic operation in Washington State to an urban one in the Bronx.

She documented her discoveries in her book Farmacology (Harper Collins), which describes how smart farmers take care of their land as a whole rather than just yanking out troublesome weeds and suggests doctors try treating the whole patient, rather than just one symptom. To that end, she shared some of her predictions on how health care will change to better embrace that whole-body approach.

It’s a jungle in there
Miller says the traditional way of treating cancer, by blasting a tumor with radiation until it’s gone, hasn’t been working. She predicts that future treatment will use a fuller picture of the patient to design treatment. “We can’t get so focused on the minutiae of the DNA strand, the aberrant gene,” she says. “We have to start to look at it as a complex ecological process.” That means dealing with not just cancer cells, but also the healthy cells that surround the cancer. She notes that while a cancer might have one dominant mutation that describes it, when pathologists go in and start to look at the cells they tend to find a lot of heterogeneity even within the cancer. “It’s kind of like a tropical rainforest within us,” says Miller. The same logic can help doctors treat a range of common complaints, like allergies, skin problems and even colds and flu. “The system we have works really well for certain things — if you have appendicitis, you don’t want to take an ecological approach, you just want that thing out,” she says. “But what most people are trying to go for is wellness, and that’s not something that allopathic medicine does very well.” 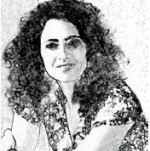 Med school on the farm
While medical school trains budding doctors well in the art of prescribing or operating, Miller says integrative health ideas don’t generally come up in the classroom. Though medical school itself is too short, she says, and plenty of time does need to be spent learning human pathology and illness-based medicine, space could be made in residency for learning about different approaches to health and healing. “Most people in this country are diagnosis-free, but are not well,” says Miller. “And that’s the piece that needs to be explored — especially in primary care — how do we really help a population maintain optimal wellness?” She suggests that for family medicine residents, for example, time might be better spent working on community-oriented projects than in intensive care units.

Change your words, change the world
Miller says one way to bring the idea of the body as ecosystem into medicine is by changing medical language. “Words that we really don’t use a lot in medicine now, things like diversity, redundancy, variations, those kinds of terms to describe systems, I think are going to start to make their way into the [medical] language too,” she says. “Right now medicine is its own closed language, but I think this new generation of physicians will be a lot more open to thinking this way, and not really trying to just reduce each problem to its lowest common denominator.”