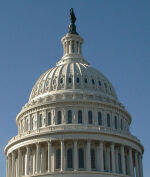 by Nancy Ryerson, Staff Writer
Physicians are all for reducing the cost of health care — but most would rather the burden fall on insurance companies, device manufacturers and patients, according to a new survey from the Mayo Clinic.