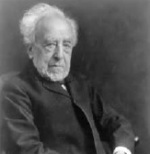 The kids are all right: A history of pediatric medicine

by Nancy Ryerson, Staff Writer
Historically speaking, pediatrics is the baby of medical disciplines. When the American Pediatric Society formed on September 9, 1887, the country’s first two pediatric hospitals, in Philadelphia and Boston, had opened only a few decades before. The first dedicated children’s hospital in the world, located in Paris, was established in 1802.

Yet, the relative lack of care available for children wasn’t from lack of a need for it. In the latter part of the 19th century, infant mortality in the United States stood at 200 per 1,000 births. Epidemics of scarlet fever and diphtheria, along with a serious form of diarrhea, were often fatal. And there was little legally in place to protect children from working long hours in harsh conditions or from the corporal punishment they often received from their parents.

Though childhood is viewed today as a distinct part of the human lifecycle, children were generally treated simply as small adults up until the late 19th century. As such, they visited the same doctors as their parents and received similar care. Although some early medical texts covered children’s health, such as the Italian volume “Little Book of Diseases” from 1472, methods and concerns specific to the treatment of children were largely left out of health literature and training.

Dr. Abraham Jacobi, a German pediatrician, is considered to be the father of pediatrics in the United States and was the American Pediatric Society’s first president. He established the pediatrics chair at the New York Medical College in 1861 and was the founding publisher of several pediatric journals. He also taught doctors and parents about children’s hygiene and feeding.

When the American Pediatric Society was formed in 1887, it was the first medical specialty society in the U.S. Job Lewis Smith, who was chairman of the pediatric section of the International Medical Congress, formed the group with a few colleagues to create a forum for discussing pediatric issues and clinical problems. From there, conditions began to improve for U.S. children. By the last quarter of the 19th century, doctors and scientists had developed a better understanding of the sources of illness. In the 1880s, doctors were encouraged to put silver nitrate in newborns’ eyes in order to prevent blindness. An 1897 New York law mandated children be vaccinated against smallpox.

One of the most significant child health problems during the 1800s was lack of access to safe milk. In 1893, New York philanthropist Nathan Straus established the first milk stations for the poor. The stands successfully decreased infant mortality caused by “summer diarrhea.”

Meanwhile, by 1899, 28 states had passed some legislation protecting child workers. The first federal child labor law was passed in 1916. By 1900, successful efforts lowered the infant mortality rate as well as the birth rate, and the average number of children per family fell to four — a sign that parents believed their children would live beyond early childhood.

After World War I, pediatricians rather than general practitioners began to treat most children. By 1920, cities with populations of 100,000 people or more began offering mother and child health services to the poor. In the 1930s, public health efforts were put in place to eliminate rickets by fortifying milk with Vitamin D. Soon after, the March of Dimes was founded to help end polio. By 1940, the infant mortality rate fell to 47 infant deaths per 1,000 births.

Federal programs, such as the national school lunch program established in 1946 and the supplemental food program for women, infants and children introduced in 1972, further bolstered children’s health across the country. Government programs to support kids’ nutrition continued into the 1990s. In 1991, the Health Resources and Services Administration founded the Healthy Start program, set up to provide services in rural and urban areas with infant mortality rates 1.5 to 2.5 times higher than the national average.

As of 2010, the infant mortality rate in the U.S. stands at 6.05 per 1,000 births. That’s still more than twice the infant mortality rate of most countries in Scandinavia, for example. Childhood obesity is another leading challenge in children’s health today. In 2010, more than one third of children and adolescents in the U.S. were overweight or obese.

Pediatrics has certainly grown up since the first departments and hospitals were founded, but the research and efforts of pediatricians and medical associations aren’t finished yet. Today, the American Pediatric Society hasn’t stopped its efforts, working to eliminate the health disparities that still exist between high and low income children.