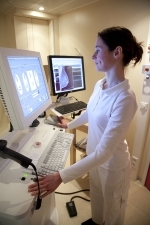 by Loren Bonner, DOTmed News Online Editor
A new study presented in JAMA Internal Medicine this week found that the use of MRI to screen women who had a higher risk for breast cancer increased between 2005 and 2009.