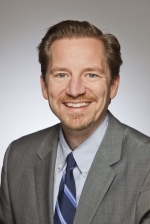 by Loren Bonner, DOTmed News Online Editor
Last week at the Radiological Society of North America's annual meeting in Chicago, DOTmed News caught up with Dave Fisher, vice president of health care policy and strategy at Siemens Healthcare. He shared his thoughts on the myriad issues imaging is facing as they relate to policy — not just health care reform, but also the medical device excise tax and the unique device identifier rule. Below is an edited version of our conversation.

DMN: Health care reform seems to be creating a huge consolidation of hospitals. How does this, in turn, affect Siemens as vendor of capital equipment?
DF: Consolidation is a fact in the industry, and there are a lot of reasons for it. One of the obvious reasons is that as organizations become larger, they are often able to find efficiencies that they were not able to otherwise. For a vendor like us that creates challenges: When you have a larger organization, oftentimes centralized decision-making for things like capital equipment is implemented — not always, but often. When you have centralized decision-making, you're talking to a different group of people. In addition, larger organizations can often have different priorities for the purchase of capital equipment. Perhaps as we strive for efficiency we tend to purchase certain types of equipment than other ones. So all of these things are important. And of course when you have a large customer, they have an additional level of market power, which is important in terms of our negotiations with them.

DMN: What other challenges does imaging face under health care reform?
DF: When you are looking at the next couple of years, there are at least two areas that we are particularly interested in. First, how accurate were the projections of the number of people who will be newly covered and what sort of impact will that have on health care spending over the next 2-5 years? Challenges that have been associated with the law whether it's the Medicaid expansion or now with the difficulty of sign-up — all could have implications, longer-term, on the number of people that are in the system and then, just by default, the cost for health insurance. But it's also too early to tell. The other area is payment reform and there are many elements within that law that are nudging the system toward a more fee-for-value oriented health care system. I think it's more incremental than transformative at this point, but these increments are going to keep happening. And we have to think about the health care system in a different way, and our customers in a different way when imaging and diagnostics are costs in the system. It's a different way of thinking.

Also as it relates to hospital consolidation, it's a different conversation when you are selling products to a C-suite executive than a radiologist. And I think these issues work together — whether it's consolidation or the payment reform — you're talking to a new customer, in this case the C-suite executive, or a new industry stakeholder and that's important and it forces us to adapt.

DMN: We've mostly heard about the new health care exchanges from a consumer point of view. But I'm hearing some talk here at RSNA about exchanges threatening reimbursement for providers. What are your thoughts about that?
DF: Two things to think about there. One is with cost of reimbursement — how much will each diagnostic lab test be reimbursed for, and second is what are the obstacles that a physician has to go through to help a patient get that test? I think in many ways, those obstacles are at least as important. And what I'm especially fearful of is that in both these cases you have non-clinicians making the decisions, and whether it's the cost of the test or the reimbursement for the test or the hurdles imposed to obtain a test — that takes the decision-making out of the hands of the physicians and patients and puts it in the hands of someone in an office somewhere who doesn't know either of them and that is something we have to be really worried about and keep an eye on.

DMN: The medical device tax has been in effect for almost a year now. How has it affected Siemens?
DF: The tax is 2.3 percent tax on revenues — that's important to keep in mind because people often think it's on profits. In leading up to the tax, in 2012, we had to put in a lot of effort and resources into being able to pay. You'd think that it'd be obvious how much you should pay but there is actually a lot of work we had to do to create internal systems that were pretty costly, frankly, in order to be able to pay accurately. Since you are losing 2.3 percent of your margin, you also have to make decisions about R&D, employment, all that kind of stuff.

DMN: Many were expecting a repeal of the tax to be placed in the budget plan that was passed in October. But it was not. What do you think the chances are of a repeal?
DF: We were obviously very encouraged by the momentum that it got in the last negotiations and we are hopeful that this is something on the table during these fiscal negotiations that will go on over the next month and a half or so.

DMN: Last year, you mentioned some challenges a company like yours faces with the UDI requirement. Have any of the challenges you'd foreseen with the rule been worked out, especially in light of the final UDI rule that was released in September?
DF: We'll comply with the new regulation but it is a challenge, particularly for some of our products — especially on the diagnostic side of the equation.