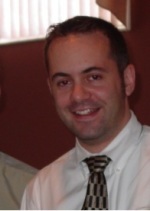 by Sean Ruck, Contributing Editor
After a run of more than six years, DOTmed Business News is no more. And I for one couldn't be happier. Discussions about changing the name had been kicked around for years, but it was last year that DOTmed management and staff really considered and ultimately agreed that the time was right to make the change. The rationale was that the magazine outgrew its initial role and surpassed its initial goals, so naturally, it was time to make our name reflect the evolution that has occurred over the last few years.

About a dozen names were suggested and after the final was picked, nearly two dozen treatments were created for the logo and now, here we are.

Although I wasn't in on the ground floor - the first issue I worked on was September 2008 - I have had the opportunity to see our publication grow and have had an active hand in that growth. We're excited about the name change. We think it more accurately describes what we're about: the business of health care. We're also excited about 2014. I'm sure you'll agree it's an interesting time to be in health care and for our news team, it's an interesting time to report on what's going on in the industry.

This issue serves as a perfect example of the news worth knowing. This is the third year we've published a green-themed issue with the majority of the stories focused around environmentally responsible health care practices and business decisions. We have an interview with Practice Greenhealth executive director, Laura Wenger, to bring you the latest news from the organization. Laura was also kind enough to provide a list of tips to help you "green" your facility along that path. And while Wenger gives practical advice, Dr. Jeff Thompson, CEO for Gundersen Health System gives anecdotal evidence to support the benefits of environmentally friendly practices in health care.

We've also rounded up a handful of green products worth checking out and we've brought back our industry sector report on reprocessing again this year. Another article well-worth the read is the feature on hospital food and concierge services. Unlike last year's food article, touting some truly mouth-watering meal choices not usually associated with a hospital stay, this year's article explains why some out of the ordinary hospital food and service might influence patient choices and ultimately contribute to their health. Even though we've entered a new year and have opened a new chapter for DOTmed, HCBN definitely retains some aspects of our former incarnation. At the top of the list is the fact that we want to hear from you! Please don't hesitate to reach out to us with comments, suggestions or even criticisms. Through your input, we'll continue to evolve into a better publication and news source.