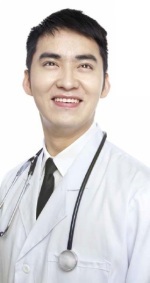 Featured: The rise of the hospitalist

by Lisa Chamoff, Contributing Reporter
When Dr. Robert Wachter coined the term “hospitalist” in a 1996 New England Journal of Medicine article on what at the time was a new concept — doctors who only cared for hospitalized patients — he didn’t imagine how much the field would grow in such a short time.

“Things went viral very quickly,” recalls Wachter, now associate chairman of the Department of Medicine and chief of the Division of Hospital Medicine at University of California, San Francisco. “I began getting calls from hospitals immediately.”

Fast-forward to 2014, and hospital medicine is the fastest growing specialty, currently offered at 72 percent of U.S. hospitals, according to the Society of Hospital Medicine. In the last decade alone, the number of hospitalists has nearly quadrupled to more than 44,000. President Obama’s nominee for Surgeon General, Vivek Murthy, even worked as a hospitalist at Brigham and Women’s Hospital in Boston.

Today hospitalists, whether they are employed directly by hospitals or are part of hospital medicine practices, are shaping policies, helping to implement information technology systems, tackling preventable readmission rates and designing protocols for things like infection control and fall prevention. They are also helping hospitals to cut costs by ordering fewer CT scans and lab tests, Wachter says. All of this aligns with the goal of the Affordable Care Act to reduce costs and improve the quality of health care.

“Everything that relates to hospital value, we see this being on our plate and as part of our mandate,” Wachter says. “We’re in the middle of all of it.”

Dr. Burke Kealey, president-elect of the Society of Hospital Medicine, who works as a hospitalist with the Health Partners Medical Group in Minnesota, says there are a number of quality initiatives that the society has encouraged hospitalists to be involved in through a mentoring program. The current program includes helping older adults be successful after hospital discharge, preventing readmissions, and improving glycemic control.

“There is an inherent benefit of having someone in the hospital day in and day out,” Kealey says.

Years ago, doctors typically worked as hospitalists for a year or two, but that’s changed, with a lot less turnover and facilities building up a core of career hospitalists. In 2009, the American Board of Internal Medicine created a pathway for practicing hospitalists to complete their maintenance of certification in hospital medicine, instead of general internal medicine.

Communication and transition of care
Of course, no health care specialty is immune to challenges.

Dr. Bridget Duffy helped launch one of the first hospital medicine programs in the country in 1991, at Abbott Northwestern Hospital in Minneapolis. Duffy later served as chief experience officer at the Cleveland Clinic. She saw her hospitalist role as that of a navigator and an advocate for patients and their families, but she says communication can be lacking in some hospital medicine programs.

“The premise of a hospitalist is a really good thing,” Duffy says. “But what’s happened is they’ve become overburdened with the number of the patients they see. They often don’t have a connection with the patient or primary care doctor. Really good and really successful hospitalist programs care about and value great communication and relationships with the patient, the nurses, the specialists and the referring physicians in the community.”

Duffy now works as the chief medical officer of Vocera, a mobile communications company that creates patient-centered technologies used in hospitals. She helps the organization design and acquire technology solutions that she says improves communication and outcomes across the care continuum.

Communication is challenging for anyone on staff at a hospital, says Dr. Herbert Archer, director of the hospitalist program at Greenwich Hospital in Greenwich, Conn., which was founded about 10 years ago and became a 24/7 program six years ago. Before that, the program covered patients during the day and then was an on-call service for local physicians at night and on the weekends.

“We have to establish a rapport with a patient we just met — that’s always been a challenge for hospitalists.”

Technology has certainly made things easier. Greenwich Hospital uses the Epic electronic medical record system, which is accessible to doctors throughout the community.

“Something like Epic has actually really helped when all of the pieces have come into place,” Archer says. “It’s virtually seamless. I can meet you in the ER knowing your entire medical history and treatment plan.”

It’s also important for patients to know more about the physician treating them. Some facilities have photos of hospitalists up on their websites. Greenwich Hospital helps the introduction along the old fashioned way. All the hospitalists have their own business cards with a brief educational synopsis, an explanation of what a hospitalist is and their contact information.

“The community portion of that is something that we’re working on as well,” Archer says. “We’ve developed longstanding relationships with different groups. It would be great if that introduction could take place even before a patient comes into the hospital. That’s what we’re trying to work on, getting our literature into different offices.”

There can be some growing pains for a hospitalist program when it first starts, especially in a community such as Greenwich, where many people have a strong relationship with their primary care doctors. The general policy at Greenwich Hospital is that a hospitalist calls a patient’s primary care physician on admission and discharge, and when there’s a change in a patient’s condition.

“We heavily lean on making phone calls whenever there’s a question,” Archer says. “Many times, a patient has several physicians. When a condition warrants, we’re often calling all of them. It’s become a cultural issue.”

A major challenge these days is the transition of care back to the primary doctor.

“That’s probably the biggest challenge most hospitalist groups are facing now,” Archer says. “That’s something that we’re working hard at all the time and we’re trying to figure out best practices that involve both technology and person-to-person communication.”

Los Angeles-based IPC, which employs more than 1,400 full-time hospitalists in 28 states, and is considered the nation’s leading provider of hospital medicine, has about a third of its staff in post-acute care facilities, including skilled nursing facilities, nursing homes and rehabilitation centers. Todd Kislak, IPC’s vice president of marketing and development, says that by coordinating with the hospitals where IPC also operates, it helps with continuity of care.

“In the Affordable Care Act, there’s a lot of discussion about treating the whole patient,” Kislak says. “Where possible, IPC continues care of patients as they transition between acute and post-acute care to create better outcomes and improve patient satisfaction.”

Scheduling and support
Hospitalist programs are also working out how to provide continuity of care in the hospital and also avoid physician burnout. It’s a tough balancing act. Greenwich Hospital’s physicians work a challenging seven-day schedule, which Archer says some hospitalists find appealing, since they know when they’re working and they enjoy having every other week to themselves. For some doctors, the more predictable block scheduling provides work/life balance, but balance is a relative term in hospital medicine.

Healey says a seven on/seven off schedule is the predominant model these days, with more than 70 percent of practices employing that kind of schedule.

“A lot of that has to do with the desire of continuity for patients,” Healey says. “The average hospital stay is three to three-and-ahalf days. A doctor who’s on for seven days straight is going to be the primary physician for that patient.”

The challenge comes in balancing the intensity of 10- to 12-hour workdays and coverage on the weekends. In systems where weekends are covered by other people, doctors have observed that care doesn’t progress
as fast, Healey says. “There are many, many models out there on how to structure the work,” Healey says.

At UCSF, each service has a different schedule. When hospitalists are working with residents, for instance, they work 15 days in a row, with the residents doing most of the work, Wachter says. Other services have a five-day workweek.

Wachter doesn’t think the seven-day block schedule is feasible for doctors in the long term, especially when patient volume is high.

“I think it burns people out,” Wachter says. “I think the field is going to mature and ask hard questions about that schedule.”

Hospitals are finding other ways to improve hospitalist satisfaction to in turn help boost patient satisfaction — giving the physicians support staff and assigning them social workers, among other things.

Hospitalist programs definitely need monetary support from their organization to make the model work, says Wachter, who notes that 90 percent of programs get a significant amount of hospital support.

“They have decided that having a wellorganized hospitalist program provides sufficient value, that it’s worth the investment to keep it going,” Wachter says.

The support goes both ways. The Society of Hospital Medicine established a leadership academy about 10 years ago to help hospital physicians understand hospital systems from the CEO’s perspective, and all the factors that go into running a facility — Joint Commission regulations, competition and the safety and quality movement.