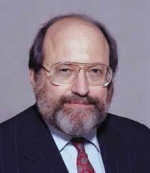 by Lauren Dubinsky, Senior Reporter
Last week, the U.S. Preventive Services Task Force (USPSTF) released the draft update for its breast cancer screening recommendations and since then, many breast cancer experts have expressed their opinions. Dr. Daniel Kopans, professor of radiology at Harvard Medical School, director of breast imaging at Massachusetts General Hospital and well known as the “father of breast tomosynthesis," was among those experts.

Earlier this month, he published an article, “An open letter to panels that are deciding guidelines for breast cancer screening,” supporting annual mammography beginning at the age of 40. But the USPSTF only recommended routine biennial screening for women ages 50 to 74.

DOTmed News: What is your opinion of the draft USPSTF breast screening recommendations?

Dr. Daniel Kopans: Unfortunately, this was a completely inexpert panel. No one on the USPSTF cares for women with breast cancer. There were no experts in breast cancer screening so they made numerous errors.

To their credit, the panel now admits that the most lives are saved by annual screening starting at the age of 40. They should have stopped there. In the past, the USPSTF ratings determined whether or not insurance would cover screening.

If they do not change their rating, women ages 40 to 49 will not have insurance coverage for screening and women at all ages will only be able to be screened every two years which gives cancers an extra year to grow and spread. The USPSTF claims they want women to decide for themselves, but the panel, based on their own value judgment has usurped each woman's right to decide.

DOTmed News: Why does the panel not have any breast cancer care experts?

By not having any expertise, the Task Force placed a great deal of emphasis on “false positives.” The vast majority of these are simply women who are recalled for a few extra pictures, yet the USPSTF said that they were willing to allow women to die, unnecessarily, so that some would avoid the anxiety of being recalled. This is actually unconscionable.

DOTmed News: The ACR claims that the adoption of these draft recommendations will result in thousands of additional and unnecessary breast cancer deaths per year. What do you think about that statement?

DK: Unfortunately, they are correct. Using the CISNET models used by the USPSTF, it has been estimated that if women now in their thirties wait until the age of 50 and are then screened every two years, as many as 100,000 women will die, unnecessarily, whose lives could be saved by annual screening starting at the age of 40.

DOTmed News: What do you think the recommendations should be?

DK: The data clearly support annual mammography beginning at the age of 40.

DOTmed News: What is your opinion of the USPSTF Transparency and Accountability Act of 2015 recently introduced to the House of Representatives?

DK: I do not know the details, but they are clearly not transparent. They did send out their preliminary assessment to some experts, but they ignored the responses. Panels should be composed of experts and all interactions should be public with a majority and minority report if there is no unanimity.