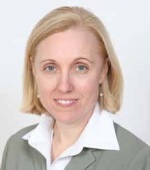 by Sean Ruck, Contributing Editor
Dr. Pregler is a professor of Clinical Medicine, David Geffen School of Medicine at UCLA and the director of the Iris Cantor-UCLA Women's Health Center.

HCB News: How did you get involved in health care?

Janet P. Pregler: I grew up in Topeka, Kansas, where my father was an ophthalmologist, so I was always exposed to the medical field. In my teens, I really developed an interest in primary care and population health. When I went to college, I attended Northwestern and during my time there, I took a year and a half to study history in Peru. Being there in Peru, seeing the needs of the population there, it all really reinforced my feelings that I wanted to get into primary care. After Northwestern, I went to George Washington and that’s where I first picked up my interest in women’s health. I looked at a lot of different programs across the country and felt that UCLA was really forward-thinking and focused on women’s health Philanthropist Iris Cantor funded the Iris Cantor Women’s Health Center at UCLA. Soon after that I became the director. At the same time, the federal government started a Center of Excellence program in women’s health. We were one of the first 12 academic medical centers recognized with that designation.

HCB News: What is it that sets UCLA apart from its competitors?

JP: UCLA has been consistently named the top hospital in the West by U.S. News and World Report, based on our highly ranked specialty programs. But, when I think why patients choose our health system, an important reason would be our strong focus on patient-centered care. Our CICARE program is evidence based standard process for our interactions with patients and families that commits us to connecting with patients and responding to their perceptions in each and every interaction. I’d say we are committed to provide care when and where patients want it, with an academic focus. When you look at surveys of patient satisfaction, our primary care doctors consistently are top performers in California. Primary care has been a big focus at UCLA for more than two decades, well before most academic hospital systems considered it important.

HCB News: Has the Affordable Care Act impacted the facility?

JP: We are still waiting to understand its overall impact. As an individual physician I’ve seen patients affected both positively and negatively. People with pre-existing conditions often better access to insurance, although it may be expensive. The self-employed, self-insured may have less coverage or more expensive coverage than their previous plans. At UCLA, we’re seeing that the high deductable plans really leave people in a circumstance where if they have a major illness, they’re not in that much of a different position than if they were uninsured. Also, many of our uninsured patients in California are undocumented or recent immigrants. The ACA doesn’t provide coverage for these patients.

HCB News: Are there any big developments in the works that you can discuss?

JP: An exciting development has been the expansion of the David Geffen School of Medicine at UCLA. The class has expanded to 180 students and, thanks to David Geffen and other generous donors, about a third of students are on full scholarship. To support the educational and research needs of the medical school, we’re going through a tremendous clinical expansion, so we’re now serving patients with primary care offices throughout Los Angeles. We’re also expanding services people want to have in their community, oncology, for example. Now patients can see a UCLA cancer specialist and still receive chemotherapy treatments, including research protocol treatments, close to home. Our goal is to develop a large integrated health care system. We plan to do that with a faculty-based model that also capitalizes on partnerships with hospitals and medical groups throughout the state.

JP: Like medical professionals at a lot of academic centers, staff is really attracted to not only having a chance to work with top rated physicians and specialists, but to be part of the UCLA system. We also have a strong benefits structure. UCLA is looked upon as a strong place to build a career.

HCB News: What are the biggest challenges UCLA faces today?

JP: Our flagship hospitals and subspecialty clinics are located in West Los Angeles, which is one of the most expensive places to live in the country. That means most of the people that work here need to live elsewhere, so there’s a commute involved and traffic in the area can be a challenge.