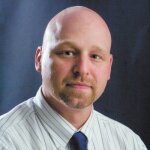 by John W. Mitchell, Senior Correspondent
An innovative agreement struck between hospitals, the state of Maryland and CMS both saves money and improves outcomes, according to a recent study published in the New England Journal of Medicine

It also greatly exceeded its goals for reducing hospital acquired infection rates. It has not yet met a fifth goal – Medicare readmission rates – but was close to the national average.

In 2014, hospitals continued to collect payments on the fee-for-service side as usual, said Simon. However, global budgets were negotiated to provide incentives to reduce avoidable utilization and save Medicare money. The result is a savings to Medicare of $116 million in the first year.

“When your budget is not dependent on volume, it provides incentives to control costs through disease management outside the hospital,” Simon said.

For example, he said one Maryland county realized that most of its super-utilizers were coming from a housing project. As a result, the county helped establish a primary care clinic, complete with physician in the housing project. They experienced a dramatic decline in the number of chronic illness cases coming to the emergency room, and with associated inpatient admissions.

“Our member hospitals have been doing some real outside-the-box thinking to adapt to this new reimbursement climate,” Simon explained. “They are working with other organizations in the community, such as Meals on Wheels and domestic abuse shelters to help manage health outside the hospital.”

Simon did offer a word of caution for other states considering the same transition. He said the transformation is hard work from both a clinical and policy perspective, requires investment, and is a bit counterintuitive. What works in Maryland because of its long history with an all-payer model may not work in other states.

“We’re still reviewing the data. While our member hospitals had a great first year, it’s no guarantee that these kinds of savings will be successful and sustainable over the long term,” he added.