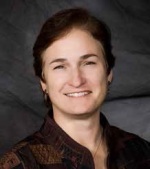 by Sean Ruck, Contributing Editor
HealthCare Business News recently spoke with Cindy Steckel to learn more about her background and about the developments happening on the Scripps Memorial Campus La Jolla. Steckel was particularly excited to talk about the new Prebys Cardiovascular Institute.

HCB News: How did you get involved in health care?

CS: When I started out, for women it seemed like there weren’t that many options — be a nurse, a teacher or a nun. In healthcare, I found you could teach, take care of people and be scientific. In nursing, it’s important to get your bachelor’s degree. So I went to college and got it. Since then, I’ve had the chance to do great things from work in cardiac, ICU, leadership roles and moving on to a Ph.D. in nursing from the University of San Diego. I’ve been able to build a career getting to know all the areas in the hospital. Part of that learning also came from the building of the new cardiovascular institute. I started in cardiac where I spent three or four years and then moved into the ICU. My first year working was on a medical telemetry unit at a facility in Illinois, but I’ve spent the rest of my career at Scripps. By 2006, I had been a senior director for eight years, having worked in lots of different areas, from ICU, to OR, to cardiac again, and I added the role of being the clinical lead for the design of the new center.

HCB News: How did the center planning come along and what did you think of the process?

CS: I know it inside and out now. Not just the building, but the whole program around it. The cool part about it is that as the lead, I worked with the architect and made sure to get everyone involved. Cardiac nurses, physical therapists, staff delivering trays and, of course, physicians, all shared their thoughts about what the building needed to be. We built it around the people that worked in it and the patients that live in it. If you come into my office you’ll see an entire shelf filled with evidence-based literature on health care design.

HCB News: When you got the feedback, were there any surprises around what was being requested?

CS: I wasn’t surprised by what we were putting in due to all the advance research we had done. The things we left out were more surprising. We didn’t design with single-handed rooms, for example. That wasn’t important to people, the literature wasn’t strong and that helped us to save money. We looked at booms for the room, but then we went on road trips, talked to nurses, looked at the systems in use. We found they really didn’t get used as much as we’d thought. They also didn’t look great assembled and cost millions. Instead, we have ceiling lifts in every room. I was proud of the staff and doctors when we were in those discussions and they made the cost-effective decisions for the best in patient care.

HCB News: What sets your facility apart from others in the area?

CS: We were the first magnet hospital in the area. We’ve been designated magnet three times, so it’s 12 years now. Now other hospitals in town are getting that, which is good for the community. The education we offer here, the right staffing, even the fact that I got to work with the architect on the building, that’s a once-in-a-lifetime opportunity. We have support from Scripps.

We also have really cutting-edge research. We worked on the very first stents, for example. We have great doctors who really believe in their hearts that they want to improve patient care. When I work with a doctor here at La Jolla, I feel like they are in it for the patient, not just promoting their own name. Our staff members have that attitude as well. We keep up with the latest technology. Even the technicians have shared that with me, that they like working here because they’re working with people that are really moving health care forward. We also perform the largest number of procedures for cardiology in the area and the highest in California.

HCB News: What’s the biggest challenge you face at the institute?

CS: It’s really the whole health care reform movement. The move from taking care of one patient at a time just while they’re in the hospital to working on population health through the continuum. Helping patients monitor health at home, and making sure we have proper support of that.

HCB News: Any other developments you’d like to talk about?

CS: The John R. Anderson V Medical Pavilion has a floor with four new outpatient cath labs that connect to the main hospital, which is starting to bridge the world between outpatient and inpatient.