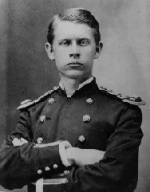 This Month in Medical History – Who was Walter Reed?

by Sean Ruck, Contributing Editor
Many people, even those outside the health care industry, are familiar with the name Walter Reed. The medical center, which was opened in 1909, was the main facility for the U.S. Army until 2011, when the original location was closed and the medical center was merged with the National Naval Medical Center. So, the hospital had a long and storied existence. As you might expect, the hospital’s namesake was no slacker, either.

Walter Reed was born on Sept. 13, 1851, in Belroi, Virginia, to Lemuel and Pharaba Reed. He was the youngest of five children. His father, who was a Methodist minister, traveled to new areas to preach every two years. It was when Walter was 14 that the family moved to Charlottesville. There, Reed and his brothers attended the University of Virginia. The university overlooked Reed’s age and allowed him to attend since his older brothers were also students.

With his father already paying for the two older brothers’ tuition, the money would be gone before Reed could get his Master of Arts degree in literature. However, in those days, a medical degree took less time to earn. So Reed met with the college board and requested permission to pursue a medical degree. With just a year to accomplish the task, the board didn’t believe it was possible, but were impressed enough that they gave him their blessing.

Less than a year later, and a few months before his 18th birthday, Reed graduated with a medical degree from the University of Virginia. He remains the youngest person ever to graduate from the University of Virginia’s medical school. While his achievements before the age of 18 were impressive, his name wouldn’t have been attached to a hospital if that’s as far as he went. Reed made the decision to join the Army Medical Corps and in 1875, he passed the entrance exam and was commissioned as a first lieutenant. Like his father before, Reed’s career kept him and his wife Emilie moving every year or two.

During that time, he made it to Johns Hopkins, which hadn’t opened its medical school yet, but had opened its research facilities. It was there that Reed would study pathology and bacteriology. After his research at Johns Hopkins, he was charged with studying typhoid fever during the Spanish-American War. After his duties were completed regarding typhoid, he turned his attention to his most important challenge — yellow fever. At that point, yellow fever was believed to be transmitted by infected materials — bedding and clothing, for example.

Some experts, like Carlos Juan Finlay of Cuba, believed that insects might play a part. In 1896, Giuseppe Sanarelli, an Italian bacteriologist, announced the discovery of an organism he obtained from yellow-fever patients. Reed, army physician James Carroll and assistant army physician Aristides Agramonte were sent by the army to investigate.
Shortly after their investigation and before their report had even been published, the army sent Reed and his team, with the addition of bacteriologist Jesse Lazear, to investigate an outbreak of yellow fever at the army garrison in Havana. Based on the groundwork they did there, Reed began to strongly support the idea that yellow fever was caused by an insect vector. In late summer of 1900, Carroll willingly exposed himself to an infected mosquito and was stricken by yellow fever.

Shortly thereafter, Lazear was bitten and he died from the illness. Further tests were performed on volunteers and it was determined that mosquitoes caused the fever. Armed with that knowledge, action was taken and less than a year later, Havana was free of yellow fever. Reed, by all accounts a modest man, didn’t have long to bask in the glory. Less than two years after driving yellow fever out of Havana, he came down with appendicitis, and died after the operation at the age of 51.

There’s one final note worth mentioning. Reed’s son, Walter L. Reed, also achieved great success. He was a U.S. Army major general and Inspector General of the Army, and when he died at the age of 79, he died in the hospital named after his father.