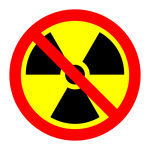 by John W. Mitchell, Senior Correspondent
A widespread protocol for end-stage, non-small cell lung cancer patients whose disease has metastasized into their brain does not improve survival according to just-published findings in the British medical journal The Lancet.

The Quality of Life after Treatment for Brain Metastases (QUARTZ) trial included 538 patients from 69 health centers in the U.K. and three in Australia between March, 2007 and August, 2014. The patients were randomly assigned to two different protocol groups, with one group receiving radiotherapy as part of their care.

The data demonstrated that patients in both groups lived about 65 days and experienced a similar quality of life.

"The QUARTZ trial results confirmed that whole brain radiotherapy can be safely omitted without a clinically significant reduction in overall survival or quality of life. This means some patients can be spared the potential side effects of whole brain radiotherapy," said Mulvenna. Such side effects can include headaches, nausea, vomiting, fatigue, hearing loss, and memory and speech difficulty.

Mulvenna added that for patients under 60, radiotherapy may offer another three weeks of survival, but the treatment should still be weighed against the potential side effects. She also said that the study is widely accepted in the oncology sector.

"Colleagues have welcomed this data which has given them better evidence for informed conversations with patients regarding the best approach to quality and duration of life," said Mulvenna. "The uptake of whole brain radiotherapy as standard treatment has fallen significantly in the UK since our results have become public."

According to the American Cancer Society, lung cancer (both small and non-small cell) is the second most common cancer in men and women. While research has doubled overall cancer survival rates, progress has not been the same across all cancer types and survival for lung cancer remains low. In the U.S. about 225,000 new cases are diagnosed annually, with about 158,000 deaths annually.

She added that the QUARTZ study indicates that steroids and supportive care - including pain killers - are the best therapy for such lung to brain cancer patients.