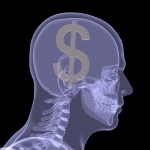 Radiology acceptance of non-research payments lower than other specialties

by John W. Mitchell, Senior Correspondent
Compared to physicians in other specialties, radiologists don't accept many payments for expenses such as meals, drinks, travel expenses, speaker fees and honorariums.

This, according to a study just published online in the Journal of the American College of Radiology. Such payments are apart from funding radiologists regularly receive for industry-sponsored clinical trials.

"What we looked at here were the types of payments that have been criticized by some as possibly unduly influencing physician behavior," Dr. Richard Duszak, Jr., one of the authors and professor and vice chair for Health Policy and Practice in the Department of Radiology at Emory University School of Medicine told HCB News. "For example, does a nice meal or perhaps all-expense paid educational trip change what physicians do?"

According to Duszak, the types of payments they studied originated from a host of device, contrast, and other pharmaceutical and equipment manufacturers. According to data from 2014 CMS Open Payment, out of nearly 38,857 radiologists only 2,008 received non-research related payments from industry. This represents 5.2 percent

An HLNPI statement described the number of such payments to radiologists as "infrequent and relatively small".

Pharmaceutical and medical device companies are required to by law to release details on payments to doctors and teaching hospitals for promotional talks, research and consulting. According to a ProPublica report last month, from August 2013 to December 2015 $6.25 billion was paid to 810,716 doctors and 1,171 teaching hospitals for such expenses (including research).

"We specifically excluded clinical trial payments since those are usually subject to considerable scrutiny by academic medical centers to ensure that they do not unduly influence referral patterns or utilization," said Duszak. "At Emory, for example, we have a very thorough, thoughtful, and pro-patient conflict of interest policy.

He added that insight into the issue of non-research payments in imaging can be gleaned from the way radiologists practice.

"It's really hard for us (radiologists) to increase utilization," Duszak said. He was referencing one of the most common concerns about such payments: that money might be an inducement to use a specific imaging machine or supply for a test that is unneeded or more expensive.

He explained that a radiologist is at the receiving end of a request from a referring physician to perform and interpret an imaging examination. In many of those encounters, he said, a radiologist may decide to substitute one imaging study for another. For example, ordering an ultrasound to get the same answer at lower cost, with no radiation exposure to the patient. Or the radiologist might decide not to perform a study at all. An example of this would be to for the radiologist to review a CD of a CT scan that was just done a few days ago at another hospital.

"So there are some regulatory requirements in place that make it illegal ... to drive imaging, even if the industry incentives were strong enough to make them want to," he said.

He also stressed that the study is not meant to be critical of any non-research payments to radiologists.