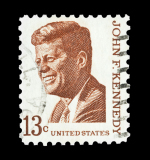 by Sean Ruck, Contributing Editor
Executive orders have been in the news lately. President Donald Trump has been on a signing spree and depending on your ideology, that’s a good or bad thing. But executive orders have a long history and some have even survived the election of an opposing political party. This month, we look at one executive order that tied into medical history.