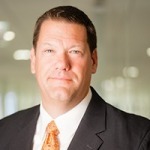 by John R. Fischer, Senior Reporter
HCB News stopped by IBM Watson's Health booth at the 2017 RSNA to chat with Steve Tolle, vice president of global business development and strategy at Watson Health Imaging, about company plans and products out in the new year and the present and future states of machine learning.

HCB News: Talk us through IBM Watson Health's 2017 and how its health care strategy has evolved.

The imaging team is about two sides of the business. In an enterprise imaging portfolio, there is radiology, cardiology, enterprise imaging, orthopedics, ophthalmology. We were one of the first companies in the market to truly offer health systems one place to manage all of their diagnostic imaging. And now a lot of vendors are pursuing that same strategy.

The second side of our imaging business is artificial intelligence and that’s where we’re using the cloud and our Watson technologies to bring AI into radiology. This year, at the show, we are only showing things that are going to be coming off our truck in 2018.

Given the hype of AI in the marketplace, we decided it was important to show what’s real and talk about the value proposition that AI has for micro-imaging.

We have a couple of offerings that we’re showing in the theater.

One product that is available today is called IBM Watson Imaging Clinical Review. It’s a retrospective quality improvement platform that looks for discrepancies in the medical record. We released it with one clinical indication for aorta valve stenosis, which is a deadly heart disease, and that was released last year. We are getting ready to release the second version that will cover 306 diseases, and what the product does is Watson actually reads the EMR, the notes, the text, the lab results, the radiology reports. Then, it looks at the patient’s problem list. The problem list is really important to a hospital because that’s how they manage care, and we identify discrepancies. So, Watson sees that something is mentioned in the EMR that is not in the problem list. That could be for a lot of reasons, but it gives the hospital the opportunity to go and determine 'Is there a gap in care? Did data not flow from one system to another?' Managing a problem list is quite challenging for doctors and hospitals. That offering is available today but we’re enhancing it.

The second offering we’re showing is called IBM Watson Imaging Synopsis. That is a radiology built artificial intelligence platform for providing relevant EMR summarization. The problem that we’re solving is like any other professional, radiologists have way too much information to deal with. They don’t have the time to read the EMR, and peer-review literature shows that if they do take the time to read the full EMR and read every progress note, an alarmingly high precision of time, 20-25 percent, shows they actually may change their opinion which is scary. So, we’ve built a product concept to show what Watson can do to summarize the EMR and it’s clinically relevant which is key. We’re getting very good feedback. That product’s coming out in the second quarter of 2018. You can see that in the booth. We will introduce it for general radiology first, and then we’ll do specialty radiology and cardiology after that. I like to say version one is going to be great and version five is going to be amazing. There’s this iterative process. And then we’ll do chest radiology, mammograms, the different specialties.

The third option we’re showing is the first offering of our breast adviser. In our business, we are focusing on diseases where imaging is a primary diagnostic tool, where a lot of people are getting scanned and where there’s a problem to solve that AI can help. We’re looking at breast, lung, brain, eyes. Our first breast adviser product will be coming off the truck later this year. And we’re starting by using our algorithms to look at the current image, the prior image, calculate breast density, and we are showing the ability to prioritize a worklist based on potential pathology. The reason that’s important is because when a woman comes in for a mammogram, if she has dense breast tissue or if she has something there, she often needs to go for another test like an ultrasound. You want to do that when she’s there. It’s not a great experience to drive all the way in, get scanned and get a call later saying you need to come back in. It’s also pretty anxiety provoking. We’re trying to reduce the number of callbacks happening and improve the overall experience for the patient and for the imaging practice. You can see that in the booth as well.

HCB News: Since IBM's acquisition of Merge it has been at the forefront of medical imaging machine learning. What does it feel like to look around and see an entire industry is now following that path?

ST: We’ve seen a ton of announcements coming up to this show and during this show about the use of AI and imaging. It makes a lot of sense, obviously. We’re big believers in it. But given the amount of time we’ve been working on it, we have some concerns about the claims people have been making. We have some concerns about where is the value proposition. You can do a lot with AI and deep learners but you've got to make sure that you’re solving the right problem. You’ve got to be thoughtful around the question, ‘Is this something that needs to be solved?’

Our strategy differs by regions. So, in Europe, they have a slightly different problem to solve. They don’t have enough radiologists so we’re focused on helping them identify all normals. In the United States, we’re focused on peer-review, current read and addressing productivity for the radiologist. We like that we see this explosion of AI. We’re also aware there’s a bit of a hype cycle going on which is completely normal for any new technology. So, we’re now at a point where it’s real, it’s going to be used and it will be able to document the value. That’s when you’ve got a real industry, and we’re at that point.

HCB News: You mentioned that IBM has some concerns about claims it’s heard and about value proposition in regards to AI. Can you elaborate on the specifics of those concerns?

In a regulated medical device world, you’ve got to be very thoughtful about the claim you’re making that your device solves. You’ve got to prove it. You’ve got to take it through clinical trials. You have to make sure the FDA clears it or the European regulators clear it.

And so a lot of small venture claim companies and even researchers out there are making announcements, ‘Hey, we’ve built this thing, and it’s 83 percent accurate, and the human’s only 70 percent accurate.’ We just need to understand that it’s one thing to say that you can do that in a lab but prove it. That’s where the doctor starts to get nervous cause it's like saying, 'I invented a screwdriver and it’s 100 percent better than using your finger to turn a screw as a human.' You just need to think it through. What plan am I going to make? how am I proving it? what value does it provide to the doctor?

HCB News: When we think about the regular hospitals throughout the country, what is the biggest challenge in bringing AI to their patients?

ST: I think the number one challenge is going to be the 58 or 59 companies today doing AI imaging that are probably going to be 150 or 200 next year. The amount of venture capital going into this market is huge so if I’m the average community hospital or even a well-known or accomplished academic hospital, how am I possibly going to have 50 or 100 different vendors integrated into my viewer for my doctors to use? I think there’s going to be a consolidation that has to happen in the market. That level of technical complexity is going to be an issue for hospitals to deal with. That’s why IBM happens to have pretty good experience in our enterprise imaging business, our consulting businesses, our platforms that we built as a business. So, I think you’ll see IBM and a couple of other companies act as consolidators in the business.

HCB News: In terms of medical imaging, what should we expect from IBM in 2018?

In addition to the products we’re launching, we also going to be announcing additional partnerships. We are of the mindset that if something exists and the science is strong and it provides value to the provider, we don’t want to reinvent it. So, when we look at solving breast cancer screening, there are lots of things you can do in that package. We don’t have to build at all. If your company doesn’t have a good product like a 3-D ultrasound for breast, then great. We’ll go get that.

You’ll see us make announcements about how we’re assembling components as part of our solutions and a lot of that will be through third parties. I think that’s a little bit of a different strategy. A lot of these smaller companies are just doing their work. We’re doing our work but we’re also saying, ‘Wait, I want that over there and I want that over there.’ It’s a good way to bring more value to the customer.