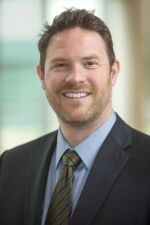 Because one EHR is better than two

by John W. Mitchell, Senior Correspondent
When it came time for UC Irvine Health to update its electronic health record (EHR), the medical center found a partner in UC San Diego Health that was willing to try something that had never been done before: collaborate with another academic provider to share an already existing instance of an Epic EHR.

HealthCare Business News spoke to Dr. Christopher Longhurst, chief information officer with UC San Diego Health, to find out how the unconventional partnership has benefited his care system and what impact arrangements like these could have on the future of smaller hospitals and population health, in general.

HCB News: How did the idea to share a single EHR across the two academic facilities arise?

Christopher Longhurst: I really credit Chuck Podesta, the CIO at UC Irvine. He arrived about four years ago. There was interest in switching EHR vendors, but when they priced out the cost of moving to Epic on their own, it was formidable.

So, Chuck thought, “Hey we’ve got the health system partners in the other UCs, and there’s really no reason we couldn’t share.” So they went through a process of looking at what would make the most sense from a partnership standpoint and discovered that UC San Diego would be committed to collaborating with an equal and shared governance philosophy.

HCB News: What was already in place to allow the hospitals to do this?

CL: Five UC hospitals – San Diego, Irvine, Los Angeles, Davis and San Francisco – are all part of the same University of California system. Even though the hospitals are financially independent with their own tax ID numbers, we have committed increasingly in recent years to collaborate for the greater good.

There is a program called Leveraged Scale for Value that has allowed us to procure vendors together as well as work together to aggregate our data from an analytics standpoint. That was part of what led to this initiative to share an EHR. Initially it was UC San Diego and UC Irvine, and also now across the clinics at UC Riverside.

HCB News: From a productivity and economic standpoint, what advantages has UCSD taken from the shared EHR?

CL: From the UC San Diego side, this has allowed us to do things that we would not have otherwise been able to afford on our own.

We hosted a data center that was state of the art when it was built, but it was quite antiquated and needed a significant investment. Epic had started offering private cloud hosting, but the cost of conversion was significant. It was because of our collaboration with UC Irvine that we could shift from on-premise hosting to cloud hosting. By targeting that investment to cloud hosting, we were able to benefit both institutions. 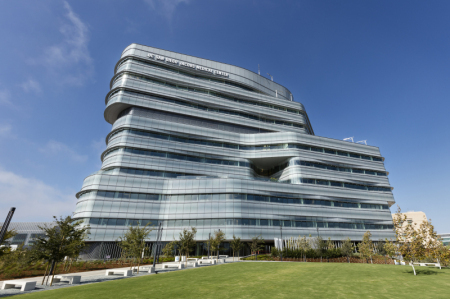 Back in the ‘80s or ‘90s, IT systems ran about 2.5 percent of the operating cost of a hospital, but HIMSS data has shown that as you automate clinical workflow, and the cost of software and the cost of the labor to keep the software up to date, a highly automated hospital system now runs 4 to 6 percent.

It is an improvement in quality, value and patient convenience, but it's contributing to the increasing cost of health care. The irony, of course, nothing scales better than information technology. You see that in the large systems – Kaiser, Sutter and HCA. They're not spending that high a percentage.

HCB News: How does the shared EHR impact patients and the way the hospitals address population health?

CL: The challenge is always to aggregate data across multiple platforms. That is an unsolved problem and always takes more time and effort than people anticipate. So the opportunity to have multiple health systems on a single integrated platform is a big win.

From a population wellness standpoint, it allows the possibility to extend our care across a larger continuum. Our CEO’s cooperation is paramount to allowing that to happen. For example, there are best practices both sites have been developing for years that we can now easily share – ranging from admission to cancer protocols. We're getting the best of both worlds.

The implementation was faster than normal, according to Epic, with UC Irvine coming online in just 17 months. In general, academic medical centers average about a two-year period. Chuck was able to get this done in 17 months, so that helped hold the expense down. Doing this in 17 months also required a lot of governance input.

HCB News: Is it possible that these benefits could be leveraged on a larger scale one day, perhaps across more University of California academic hospitals?

CL: There are no current plans to do so, but there’s clearly more opportunity surrounding affiliated hospitals. The smaller hospitals – especially safety net and critical hospitals – are struggling with IT because they can’t afford the same costs the larger medical centers can. I think that's where we'll see some opportunity. For example, UC Davis is now hosting Marshall Medical Center in Placerville, Calif. They just went live in November.