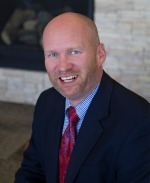 Q&A with Scott Warwick, executive director of the National Association for Proton Therapy

by Sean Ruck, Contributing Editor
Last year, Scott Warwick was less than a year into his role as the executive director of NAPT. He arrived with in-the-field experience as a radiation therapist and a certified medical dosimetrist and leadership experience heading an oncology leadership network for Catholic Health Partners. He was introduced to NAPT during his research into proton therapy. His initial work led to NAPT creating associate memberships for organizations in the developmental stages of creating proton therapy centers. After serving on the board and later chairing the board, the executive director position became available, to which he applied and was named. HCB News checked in with him a year later, and a little more than a year-and-a-half after he started his latest chapter, to see what the latest news is with the association.

HCB News: Last year when we spoke, there were 26 operational full-services proton therapy centers operating. A number were under construction. Can you give a rundown of the current number of operational centers, expansions planned, under construction and under development?
Scott Warwick: Three new centers opened in 2018, most notably the Med/Star Georgetown University Hospital Lombardi Comprehensive Cancer Center in Washington D.C. and the Emory University Proton Therapy Center in Atlanta, Georgia. Additionally, in January, the University of Oklahoma’s Stephenson Cancer Center opened their proton therapy facility in Oklahoma City. All three of these facilities are National Cancer Institute Designated Cancer Centers (NCI-DCC). This results in 30 full-service proton therapy centers operational in the U.S. The New York Proton Therapy Center, a consortium of hospitals including Memorial Sloan-Kettering and Mount Sinai, is scheduled to open this year, along with a facility by Johns Hopkins – three additional NCI Designated Cancer Centers.

There are three existing centers that are currently expanding their facilities – Massachusetts General Hospital’s Francis Burr Proton Therapy Center, Washington University’s S. Lee Kling Center for Proton Therapy and the University of Florida Health’s Proton Therapy Institute. Currently, there are eight proton therapy centers under construction including five that are either a NCI-DCC or a member of the National Comprehensive Cancer Network (NCCN). Both of these distinctions represent cancer centers that are considered the absolute best in quality cancer care and research. Lastly, when it comes to centers under development, our research indicates that there are 16 centers currently under development, with 10 of these centers either an NCI-DCC or a member of the NCCN.

HCB News: Can you provide the 2018 numbers on how many patients were treated and what kind of growth that represents for the sector?
SW: At this time, we do not have actual data on the number of patients that were treated in 2018, but estimates from our previous annual proton therapy provider surveys reflect that over 10,500 patients were treated with proton therapy in the U.S. in 2018. Trends indicate that over a five-year period, proton therapy for prostate cancer has decreased significantly as a percentage of all indications treated as result of significant growth in the volume of other indications. This is evidenced by a 50 percent increase in the treatment of central nervous system tumors, pediatric treatments increasing by 62 percent, head and neck cancer treatments more than tripling, and breast cancer treatments increasing seven-fold.

HCB News: How has the drive to increase insurer reimbursement progressed since we last spoke?
SW: Ensuring patient choice and access to proton therapy is part of our mission and so is always a focus. In 2018, we had several initiatives that resulted in positive progress for our members and cancer patients across the country. One of those efforts resulted in two important indications, esophagus and head and neck cancers, being removed from a major benefit manager’s experimental, investigational, or unproven status, resulting in cancer patients with these indications having a much easier pathway to coverage approval than available before.

HCB News: Are there any other initiatives NAPT is heading at the moment?
SW: As you can imagine, we have several major initiatives ongoing, including our ASSURE (Assuring Satisfactory Scientific Use Review of Evidence) Initiative. In our research, the clinical evidence used by payers and radiation oncology benefit managers to support their proton therapy coverage policies – we discovered their review of the most important and recent clinical evidence inadequate. To ensure that these entities were performing adequate reviews of the clinical evidence, the ASSURE Initiative was developed. The goal of the ASSURE Initiative is to utilize our member physician experts to perform disease‐specific evidence assessments for comparison to payers, radiation oncology benefit managers (ROBMs) and other organizations’ coverage policies. The NAPT selected head and neck cancer as the initial disease site due to the advantages the clinical research has reflected these patients gain from receiving proton therapy over other radiation therapy techniques. Once the clinical evidence assessment was complete, it was compared to payers’ and ROBMs’ coverage policies, noting stark contrasts in the number of references and recent evidence used to develop the policy. One example reflected that while the NAPT model policy referenced 87 clinical research papers, 39 from 2015 or later, the payer referenced three papers with none of those coming from 2015 or later. Endorsed by over 40 of our member physicians, individual comparisons were developed for every payer and ROBM, and recently forwarded to their chief medical officers for review. Our hope is that this initiative will hold payers and ROBMs accountable to performing adequate and fair reviews of the clinical evidence.

HCB News: Did the recent government shutdown impact the proton therapy sector in any way?
SW: We are not aware of any direct impact of the recent government shutdown to the proton therapy sector, but there is concern that there could be an indirect impact related to the possible delay in the release of a potential alternative payment model for radiation oncology. Last November, HHS Secretary Azar, in a public address, stated that they are “actively exploring new and improved episode-based models in other areas, including radiation oncology.” This wasn’t unexpected, but it was surprising to hear radiation oncology pointed out directly by Secretary Azar. Especially when he later shared that some of these models will be mandatory, contrary to the prior secretary’s direction. While it appears the creator of these new models, the Center for Medicare and Medicaid Innovation, was funded during the shutdown, the Office of Management and Budget was not funded and thus, any rule-making that would be released by CMMI could be delayed.

HCB News: Can you give an update on what, if any, new cancer indications have gained insurer coverage in the last 12 months?
SW: As I mentioned earlier, improvements have been made in coverage for esophageal and head and neck cancers with many payers. This follows increases in access for indications in two Medicare administrative contractor jurisdictions covering nine states that included esophageal, right-sided breast cancer, Hodgkin’s disease and B-Cell lymphomas. Recently, after years of advocating, UnitedHealth Group updated their proton therapy coverage policy removing language that proton therapy is unproven and not medically necessary for treating prostate cancer. These changes are all positive developments for cancer patients who would benefit from proton therapy.

HCB News: Does NAPT collaborate or partner with any other organizations?
SW: The NAPT collaborates and partners often with other organizations on issues of which we share common interest. We often collaborate with the American Society for Radiation Oncology on issues that impact both proton and radiation therapy. The Particle Therapy Co-Operative Group – North America has been a strong partner for years, especially on the NAPT – PTCOG Proton Therapy Model Coverage Policy.

HCB News: What can attendees expect at this year’s conference?
SW: Attendees at this year’s conference can expect a robust program that is headlined by Florida Senator Marco Rubio and a keynote address from the American Medical Association’s president, Dr. Barbara McAneny, who is going to address the growing issue of prior authorization reform and inappropriate denials. The conference program agenda covers four tracts that include improving access, clinical & business operations, patient advocacy, and growth and development in the field. This includes sessions with updates on key clinical trials, the impact of consolidation in healthcare, the future of particle therapy in the U.S., and the latest trend of bond financing in proton therapy, just to name a few.

His legacy lives on today in the many clinicians that he worked with, trained, and mentored over the years and who continue to carry on his vision through continued research and growth of access to proton therapy. Upon the news of his passing, a physician who trained underneath Dr. Slater shared that he was his inspiration to continue the work he began in the field of proton therapy.
We posted a tribute to Dr. Slater on our Facebook page and several former patients honored Dr. Slater for his vision and dedication. One former patient stated “Thank you sir, I’m here because of what you did.”