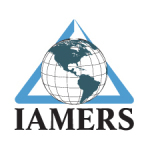 by Philip F. Jacobus, CEO
It was another great IAMERS event in Charleston. The weather cooperated and Diana Upton put together a great event, as always.

Rob Kerwin offered the opening remarks and I think he made everyone in the room a little nervous. Rob shared with us that it looked as though independent service companies and hospitals in-house service teams were going to find it harder and harder to access calibration software and diagnostic tools for high end imaging equipment.

If you are not in the loop about this and if you provide service either in-house or as an ISO, this is something you want to come up to speed on.

Josh Silverstein from the FDA gave a very interesting and informative talk. He provided attendees a little background and although everyone pressured him, he was not able to give us much of a prediction about the future. Everyone was glad he was there and I think everyone expressed gratitude to him for the good work he is doing on behalf of patients.

Mark Spangler and Grant Norris were there from AIS Medical. AIS is involved in ultrasound and nuclear medicine service and they are selling a new camera, made by Mediso.

Chad Fowlkes and Scott Simmons were there representing Advanced Imaging Systems and Dedicated Imaging. They really are growing fast. Unfortunately, Dave Band couldn't be there — I think this is the first time I've ever missed him at one of these meetings.

Jeremy and Josh Block were both there, representing Block Imaging. They shared with us that in addition to their core business of equipment and parts, they are now expanding into mobile imaging with MR, CT and mobile PET/CT.

Blake Collins and Mike Powers were there representing Christiana Healthcare. Mike offered some real insight into the challenges faced by independent service companies. Although I wanted to visit with Blake, I did not have the chance so hopefully I will be able to do that in the future.

Dick Branca was there representing Cool Pair Plus and it is always good to see him. He is an icon in the business.

Sheila O'Donnell was there from Crothall, which recently added Advent Health, University of Cincinnati and Emblem Health to its client portfolio and I commented to Sheila, how fast Crothall has grown.

Don Bogutski was there from Diagnostix Plus. In addition to his nuclear medicine activity, Don is selling a replacement to lead shielding in a radiology suite. According to Don, it is less expensive to install at the end of the day, when you take into account the labor because these large panels are just easier to manipulate than lead.

Martina Pieper was there from Dunlee. Dunlee is expanding its CT Tube business in Hamburg, Germany and Martina has to have one of the busiest travel schedules of anyone I know.

Richard Hart was there from Elite Medical and he reminded me about future medical companies that he and his partner acquired in the UK as well as Elite Medical Europe.

Mike Schmit was there from General Electric. Mike is a fixture at the IAMERS conferences and when he speaks, everyone listens.

Hiren Desai has rebranded his company in India as, Medinnova. Hiren has had a busy year between earning his MBA and rebranding his business in India. He has also become ISO 13485 and he has been approved by the Atomic Energy Regulatory Board, which is a really big deal in India.

Steven Glasgow was there representing Multi-Medix. I had the good fortune to have dinner with Steven and he let us know that Multi-Medix is also ISO 13485. They have a great ultrasound business.

Mark Hoffa was there from Probo Medical. Probo is another fast growing company under the leadership of David Trogden and they have facilities now in Indianapolis, Tulsa, Tampa and Harrisburg.

Tim Martin was there from Radon Medical and he received a special award from Diana Upton for being someone who has given great support to IAMERS.

Gerald Olsen was there representing Richardson Healthcare and he gave us an update on the new Alta 750 that Richardson introduced.

Craig Diener and Kevin Borror were there from Universal Medical Resources and they are always great to spend time with. Both of those fellows are a pleasure to visit with. The company has really grown and even bought the building next door so they can have a staging base.

Dave Hurlock was there from Varex Imaging, along with Sebastian Cienki. As I said at the meeting, those two fellows are like yin and yang, totally different. But they seem to have a great relationship and Sebastian seems very happy. He told me his wife is happy as well to have him out of the house! Dave Hurlock, of course, is a true gentleman.

Tim True from Advanced Cooling Technologies was there, talking about his chillers and I think he made some inroads there.

All Parts Medical (also part of Philips) was represented by Reily Jennings, Mitch Foldi and Craig Henderson. I had a nice chat with Mitch. He has a long history in the field.

Tsuneo Imai was there representing Canon. I have to say that he could be a replacement for the most interesting man in the world and he was clearly one of the most charming fellows at the event. It was a real pleasure to be around him.

Ryan Gilday of Clinical Imaging Systems was there and Ryan is a real solid person. Ryan shared with us some of the deals he's been doing lately and it sounds like he is really on a great trajectory.

Jimmy Kallam was there. What a solid guy. If there is a problem, Jimmy is the sort of person who will think outside of the box and solve the problem.

I had a nice visit with Richard Flannery and Mary Ann Flannery from EP Radiological Services. We had breakfast together on the last day. I think Richard has to be one of the senior statesmen at IAMERS because he was working on equipment in the 70's. Mary Ann, God bless her, came to the event even though she had her foot in a cast.

Next, there is James Dieterle and Robert Dieterle from KCKC Medical. These are well known GE service engineers and they are a go-to company when you have a problem with your GE product.

Mark Schaefer and Jennifer Gagliano were there from Medical Imaging Systems. My wife Barbara pointed out how impressed she was with Jennifer's comments and questions. And Mark shared a story with us about what happened to the industry in Colombia when the regulations changed. Almost everyone lost their businesses over night.

Allie Baylock was there from North American Imaging. He is a really nice fellow, always friendly and always cares about his clients. It was great to see him and have him at the event.

Julie Mardikian was there and she started a business helping people to become 13485 certified. Julie is an expert in this area and I am sure she will be a great success.

Heiko Schreml was there representing Siemens and although I did not get a chance to visit with him, he spent a lot of time chatting.

Sandy Del Gozzo, one of the nicest ladies in the finance business was there, working the room.

Mike Jasinski was there and finally, the guy brought his wife to an IAMERS event. Mike is really a ball of fire and always greets you with a smile and his wife, I hope, enjoyed herself and will be back again.

Nancy Godby was there from Cabell Huntington Hospital. She gave a very interesting overview and has quite an interesting overview herself. She gave some insight into the way hospitals think, which I imagine was helpful to everyone in the room. To me, it accentuated the importance of how in any given institution, there is a need for OEM service, need for in house service and need for third party service. I hope we don't lose sight of that in the months to come.

Sean Chen from Grand Medical was there. Sean is a solid guy with great representation and he fills a special niche because he buys equipment that other people may shy away from.

Maybe saving the best for last: Jeff Fall was there from Oxford. I have a photograph of Jeff in my office so I feel like I see him every day. In many ways, Jeff is a man of a few words but whenever he talks, it is a good idea to listen because he can easily hit the nail right on the head.

I don't think I've left anyone out and if I did, I apologize. It's hard to keep track of everyone...

As I said, it was a great event. I always look forward to seeing this dynamic group of people, and am already thinking about the next meeting.