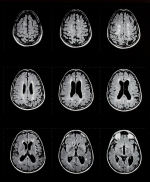 by John R. Fischer, Senior Reporter
Using a 7T MR scanner may provide more insights on the progression of multiple sclerosis, say a group of researchers at Brigham and Women’s Hospital in a new study.

The team found that 7T enables better visualization of leptomeningeal enhancement (LME), an inflammation at the meninges (brain's surface) that is commonly observed early in patients with MS and increases as the disease progresses, compared to 3T MR systems, which provide a limited view of the proposed marker. The group expects greater visualization of this indication will help clinicians better understand the evolution of the disease from the early stage of relapsing remitting MS (RRMS) to a secondary progressive form.

"In pathological studies of MS there are features of the disease that are evident under a microscope that are incompletely reflected by MR, which is the main tool that clinicians use to make an MS diagnosis and monitor disease activity. I expect 7T MR will afford more reliable assessment of gray matter injury and potential markers of inflammation at the meninges, which may be what underlies the LME visualized by MR," Dr. Jonathan Zurawski, associate neurologist at Brigham & Women’s Hospital, told HCB News. "Furthermore, in early stages of MS diagnosis, 7T MR offers the ability to more definitively assess whether changes in the brain are likely to have occurred from MS."

More than two million people suffer from MS worldwide, according to the National Institutes of Health which recently found a potential new and severe form of MS with a 7T scanner, characterized by dark, rimmed marks called chronic active lesions, which show signs of continuous, "smoldering" inflammation.

The team at Brigham and Women’s Hospital compared findings for 30 participants with RRMS to 15 healthy controls. They chose patients with RRMS to address a gap in the current understanding of the condition.

Two-thirds of MS subjects had signs of LME compared to only one of the 15 healthy patients, a tenfold difference. MS patients with LME also had a four- to fivefold increase in cortical lesions and thalamic lesions, which are markers of gray matter injury commonly observed in MS. These signs, however, were independent of white matter lesions, the traditional indicator of MS.

The findings are an improvement of previous studies, in which patients with progressive MS underwent 3T MR for signs of LME. Only 20 to 50 percent of subjects showed signs. In addition, 7T MR shows the "central vein" sign, which consist of MR changes that reflect inflammation around blood vessels in the brain. This has been shown to more reliably distinguish MS from mimics.

Similar research at the Athinoula A. Martinos Center for Biomedical Imaging at Massachusetts General Hospital in Boston aligns with Brigham and Women's use of 7T MR scanning on MS patients, finding that it enables greater visualization of cortical lesions in the grey matter of the outer layer of the brain. The state of the lesions can be a strong predictor of the level of neurological disability experienced by people with MS.

Zurawski says plans for further research are underway with the hope being that greater study with 7T MR scanners will answer questions such as if treatment of LME may affect disease progression, and if the findings of the study apply to those with the progressive form of the disease. Current patients will be checked on to see how LME and gray matter lesions changes over months and years, and more participants will be added to the study.

"Expanding the study to larger number of MS patients will add statistical power and allow us to more reliably assess how these results will apply more broadly. We studied only relapsing (early stage) MS in this study and expanding the work to include progressive MS patients will help us to understand how LME and gray matter relationships change with disease course," he said. "Finally, with larger numbers of patients, we can better assess the effects of MS treatment on meningeal and gray matter changes."

The study was supported by The Ann Romney Center for Neurologic Diseases at the Brigham, and the Watercove Foundation. Zurawski has received consulting fees from ERT Consulting.

The findings were published in the Multiple Sclerosis Journal.