by Gus Iversen, Editor in Chief
In a qualitative study, a team of scientists at Dartmouth and Dartmouth-Hitchcock's Norris Cotton Cancer Center and the Breast Cancer Surveillance Consortium led by Karen Schifferdecker, Ph.D., MPH, and Anna Tosteson, Sc.D., sought to explore women's knowledge and perceptions of breast density and experiences of breast cancer screening across three states with and without notification laws.

HCB News: What were some of the key findings from your research?
Karen Schifferdecker: The subtitle of our study, “In Search of Informed”, really sums up what we heard from the 47 women in our study, in that they are not well informed about breast density, either in general or in relation to their own personal risk. A number of the women had heard of the term “dense breasts” or the idea that breasts could be dense, but when we talked about it with them, a number of them really didn’t know what having dense breast meant. This was a bit surprising since we recruited women who we knew had dense breasts based on data in the Breast Cancer Surveillance Consortium registries.

HCB News: Which states did you look at, and why did you choose them? How were the state-by-state findings different?
KS: We conducted our focus groups in three states, North Carolina, California, and Washington, which all have breast imaging registries that are part of the Breast Cancer Surveillance Consortium or the BCSC. The BCSC is a network of several breast imaging registries located across the United States. We wanted to recruit women who had dense breasts, whether they knew it or not, and we were able to do that through the registries because they know which women have dense breasts based on recent mammograms. The other reason we chose those three states is that they had different laws about breast density notifications at the time we did the focus groups. So at the time, North Carolina had the most comprehensive law about what information they needed to send women after a mammogram, California had a law to provide information, but it was more limited than North Carolina, and Washington did not have a law at the time.

Given the different notification laws, we thought we might see more differences in terms of knowledge, but we didn’t really. The one difference we did find is that women in North Carolina were more likely to talk about being offered digital breast tomosynthesis, also called 3D mammography, and paying more to get that type of test, whereas women in California and Washington were more likely to talk about getting breast MR exams in addition to mammograms, although it wasn’t very many of them who were getting both. But honestly, women across all the states still had a lot of questions about breast density and the different screening options and what they should be getting. 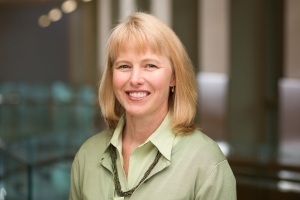 In the study, Schifferdecker and her colleagues found that many of the women had heard of 'dense breasts', or the idea that breasts could be dense, but really didn't know what having dense breasts meant.
What we suggest in our study is that a lot more work needs to go into figuring out how best to communicate information about risks, including breast density, in a way that women start to understand what it means for them and how to talk with their provider about their options. In fact, we would love to see better tools developed that women could go to as part of notifications that explain things more clearly based on their personal background.

HCB News: What can healthcare providers do to ensure their own patients understand what breast density means for their health?
KS: One of the things we recommend is that providers learn more about breast density in combination with other risk factors for breast cancer and screening options so that they can explore this with their patients. The BCSC has developed a web-based tool to calculate 5-year breast cancer risk that is available to both providers and patients, which could be useful in learning more [https://tools.bcsc-scc.org/BC5yearRisk/].

HCB News: Are there other opportunities or avenues for improving breast density education?
KS: There is at least one tool that was tested in a randomized controlled trial, where one group just got the density notification letter after a mammogram and the other group got the notification letter along with a short 3-5 minute video based on the woman’s risk. What is clever is that there were four different versions of the video based on a woman’s risk using the BCSC risk calculator so the videos were somewhat personalized to them. And they showed that this helped improve women’s knowledge about their personal risks and breast density and the likelihood that they talked to their PCP about screening options. It was only tested with women who speak English and most of the women had a college education or higher, but if something like this could be developed and tested with women from different racial and socio-economic backgrounds and in different languages it would seem like a fantastic tool for both women and their providers to facilitate the conversation.

HCB News: Why is this topic so important?
KS: I personally didn’t know much about this topic in the past and very recently learned that I had very dense breasts in the past because I happened to be looking at some old medical records and saw it there. I don’t have any other risk factors and have had no issues related to screening, but it was kind of a shock to me that no one ever told me about this. And I happened to be living in two states in the past several years that do not have notification laws. Maybe I would have done the same thing I have been doing, but it would have been nice to know that this was an informed decision rather than just me fitting in screening every 18 months or so.

Although there are still questions about breast density and the best screening protocols based on the combination of risk factors, there really shouldn’t be cases like mine where women don’t have this information for their own decisions and conversations with their providers. If we can change this and figure out how to best inform women, hopefully it will lead to screening based on risks rather than screening based on fear or lack of knowledge.