Value-based healthcare delivery requires identifying social determinants of health among certain patient populations. Issues such as food insecurity, lack of affordable housing, transportation, childcare, mental illness, and substance use, for example, have been linked to poor physical health and overutilization of healthcare services. Consequently, some healthcare systems are starting to tackle the barriers to quality care with a variety of programs.

“It’s been a topic widespread for 10 to 15 years now, but I think in the last two years it’s definitely taken off in terms of implementation,” said Dr. James Schuster, associate chief medical officer and senior vice president of medical and behavioral services for UPMC Insurance Services division in Pittsburgh.

Yet, some report little progress after implementing interventional programs, including researchers in New Jersey who conducted a study published in January in the New England Journal of Medicine. They compared two groups of patients with very high utilization of healthcare services — an intervention group that received care-transition support that addressed social detriments of health and a control group that received usual care. The researchers tracked hospital readmissions within 180 days after discharge and concluded that there was no difference in readmission rates between the two groups.

But Schuster, who also provides oversight and leadership at the UPMC Center for High-Value Health Care, and his colleagues, feel strongly about the benefits of employing detriments of health interventions and recently penned a letter to the journal’s editor explaining why.

“We thought the scope was probably too narrow and too short-term. They really looked at only 30-day readmissions during the six-month period,” said Schuster. “Work that we’ve done — and it’s had a similar theme — none of it really shows a financial return in the first six months. If you’re really trying to get people engaged in treatment, and address their psychosocial challenges, it takes a while to have an impact.

Typically, the results aren’t seen until the second or even third year of intervention. Looking at hospital readmissions is clearly an important metric but it’s not the only metric that you’re necessarily addressing in the short term. What you’re really trying to see [is] are people getting engaged in care, are the rates of preventive screenings going up, are they getting their meds filled, is their housing more stable? You’re really looking at more systemic measures of ongoing health as opposed to one specific medical metric.”

“For many years we have had a number of projects that focus on different social determinants of health and we wanted to really bring them together to make sure we were maximizing the impact they have, bring some focused expertise together to support the programs internally, and create as many synergies as we can with our external community partners,” said Schuster. “We’ve had some really positive results from a health quality and cost perspective with those individuals, and now we have some plans in place to really try to scale that significantly over the next couple of years.”

Addressing the social detriments among patients is not an easy job. It’s hard work and requires perseverance, but Shuster says it’s worth the investment for reasons he puts inside a few buckets. 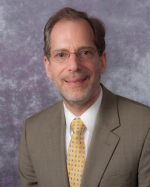 Dr. James Schuster
“One is that there’s clearly now extensive evidence that taking a holistic approach, including the focus on social determinants, is helpful to the patients that providers are working with,” he said. “The second bucket is that it’s clearly a useful strategy to improve the quality of services or the quality of individuals’ care. For example, if they don’t have transportation, they can’t go to a lab to get their blood drawn, can’t get the physician visits. Not only is that bad for patients but all of us providers and insurers are evaluated on the quality of care received by our patients and members. The third is that there are likely to be some cost savings. Not just for insurers but for the community at large, including housing programs, food programs, transportation services, even forensic services. People who are homeless are probably more likely to have a legal encounter. I think as we move forward and we’re able to even better integrate understanding of cost and cost recording across providers and social domains, we’ll be able to get an even better sense of the cost savings impact and how to best fund these [initiatives] going forward.”