The capacity to feel anger is part of human nature, and from time to time it rears its ugly head in the imaging suite. Patients feel angry for many reasons, from long wait times and high costs to anxiety over their medical condition and the sense that they have not been heard. Underlying anger is the presumption that things should be different — that an expectation has been violated.

Anger
Anger isn’t just a mental state. It has physiological correlates, which contribute to the sense of being swept up in it. These include elevated pulse rate and blood pressure, stemming from increased levels of stress hormones such as adrenaline. Marvel’s “The Hulk” — Don’t make me angry, you wouldn’t like me when I’m angry” — represents a comically exaggerated version.

Our capacity for anger may have developed for good reasons. For example, it may have provided our an-cestors with extra vigor when their own welfare and that of those they cared about was threatened. To-day, however, anger can have highly destructive consequences, at times leading to bodily harm, but more commonly overturning peace of mind and disrupting relationships.

Let’s face it, anger is dangerous, a kind of poison that can corrode everything. Angry people have difficulty seeing anything but their own rage. Anger often colors what they perceive, think, and feel. It separates them from their better selves and prevents them from seeing when others are trying to do them good. In short, in the healthcare setting, anger is usually bad for the angry and everyone else.

When anger arises, it should be viewed less as a personal attack than a test of patience and a plea for help. Handling it poorly can merely make bad situations worse, while doing so effectively can correct the cir-cumstances that gave rise to it and build better relationships that promote enhanced care. “’Anger man-agement” is a chance for health professionals to shine.

Forgiveness
I have come to believe that the best way to handle an angry patient lies not in the latest publications of psychologists and management gurus but in quite ancient sources — namely, the idea of forgiveness. For-giveness is not the purview of only the angry, as it can also be practiced by those confronted by anger in others.

The Greek word for forgiveness is aphiemi, which means to send away or release. A forgiving health pro-fessional gives up or lays aside the tendency to meet anger with anger. Such a person neither fights back, ignores, or avoids angry patients, but instead remains calmly at their side, listening, attempting to under-stand, and looking for opportunities to ease tensions.

Easier said than done, to be sure. For one thing, we sometimes encounter angry patients amid our own tough days, marked by frustration, fatigue, and perceived failures of one kind or another. It can be difficult to meet anger with calm when patience seems exhausted and we feel at the end of our rope.
The key to letting go is to avoid internalizing the conflict or allowing our internal struggles to project them-selves onto the situation. We need to remember that, in most cases, anger is not about us. It is about frightened, bewildered, frustrated human beings in an unfamiliar environment seeking recognition of some unfairness they believe they have suffered.

Often anger can be likened to a kind of illness. We need to recognize when someone is speaking and acting from anger. Instead of widening the breach, we need sympathy and compassion — not becoming swept up in anger but understanding and accepting the patient’s distress.

Forgiveness and healing
There is an African parable that says, “The person who forgives ends the quarrel,” an English version of which reads, “The greatest vengeance is to forgive.” Another source puts it this way: “Holding onto anger is like taking poison and expecting the other person to die.” In most cases, clutching anger is not good for people.

What is it like to let another person’s anger go? I imagine that the angry person is handing over a scalding-hot pan. Grasping it and holding on to it is only going to cause more damage. The only way to avoid harm or saddling the angry person with guilt is to let it go. Only then can we focus our energy on serving those in distress. 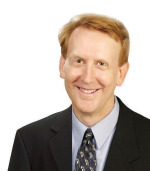