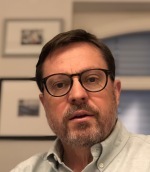 Wednesday afternoon! Would be on the plane back from Chicago … or at least on the way to the O’Hare airport … normally … and would have written my annual report in the lounge or plane and submitted to YOU by latest … right around now! And why change that just because it is VIRTUAL this year? … and just because of a a little Virus?

First time I went to RSNA was during my 5 year California engagement in 1989 aged 24. I was employed as MRI support and research engineer at DIASONICS Inc., one of the first companies that introduced a commercial MRI system (0.35T supercon and a 0.064T open permanent!!). I am really thankful for this first job … I learned a tremendous amount and also fell in love (in that order actually) with Health Innovation, Diagnostic Imaging Systems (especially MRI, but lately more and more Ultrasound and Hybrid Systems that are also used for image guided procedures), and the big RSNA show. In 1992 I went back to Germany to start my first imaging company with an idea that I copied for use in Central Europe that was shown at the RSNA. After that I went to Chicago every year to attend that terrific show. 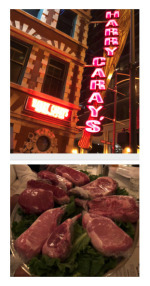 For me the show already starts on Saturday before boarding the plane. Many familiar faces and first new contacts on the trip to the US. In the last years I managed to streamline my trip leaving Saturday and returning to Germany late on Tuesday or with the early afternoon plane on Wednesday. I did not check in any luggage and had my routine down, left the airport with the Blue Line train, always stayed at the same hotel (most important criteria for me — downtown location and decent size pool), and knew where to go to get an early coffee on Sunday morning on my way to board the conference bus. And, I looked forward to the events that I either organised myself or attended always at the same time and days. One of them was (and hopefully will be again in 2021) the M3 - group meeting at Harry Caray’s Steakhouse on Sunday evening - more on that one later - the regular breakfast at the McCormick Hyatt to listen to the predictions of my friend Phil Jacobus from DOTMED, and two Dinner / After-Dinner events on Monday, as well as a Tuesday lunch at the Rotary Club. Sounds boring because it is so planned through? No, on the contrary! Something that I was really looking forward to and something that I really missed this year.


The entire RSNA is not just a show/conference for me, but an event, a great get to together, an exchange of ideas, fun, newest science and equipment information, and of course business talks. Corona = NO RSNA!! … and Corona = only one flight in all of 2020 for me (February to attend the SPIE conference in Houston) instead of >100 by the time that I fly to Chicago. This damn virus caused all of that, but let’s be honest it also made us think about what is important and brought us - very quickly - new approaches to address certain issues.

As a member of the RSNA I was offered to attend the virtual event for free (I probably would not have paid for it … or not a lot at least — I admit!) and since this would have been my 30th attendance I signed up with the goal to look for the RSNA spirit.

Enclosed some of my personal findings and learnings. But before I do that — for the ones reading this the first time ... I always include an activity and food report of every day RSNA attendance — well, I swam every day at home, took my dog for walks at least twice every day, and ate decent meals … and we had our M3 meeting (the one that I mentioned before) per ZOOM with individual beers and food — happy that almost everyone joined! 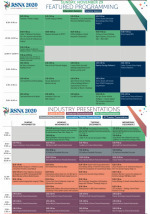 I set my expectations very low to avoid frustration and disappointment. This was a good starting point. Rather than to look at what was different (that would really have been frustrating) this year I started by looking at what was basically the same for me compared to a regular RSNA meeting.

Same: Great information available online … but a little complicated to find, scientific Presentations offered in different tracks, digital posters, Chicago Time for the presentations (well, it is a US meeting, but that did not fit the schedule of the many international guests that typically come to Chicago), Daily Keynotes and the Award Sessions. 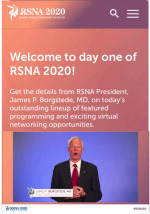 Different: Everything else! Digital does not work for me for RSNA, as my personal main intention is to go to RSNA to meet my old friends, meet new ones, walk the exhibition halls, chat and mingle, spend a max. 4 hours at the digital and real posters and maybe 6 hours listening to oral presentations — in total over the three full days of attendance! 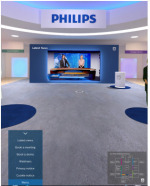 I do not know what the actual attendance was, but the virtual booth space was certainly not crowded looking at the displayed desperate messages of the organisers after entering the online booth … with no or only very few answers from customers. But impressive what you can do, what you can present, and how real certain things feel. For smaller shows or mere product presentations I actually question on whether we really need the „real“ conferences anymore. This does not apply to RSNA though, especially highlighted by the fact that many presentations (industry as well as science) required you to actually spend hours on the computer and even worse - at least from a European perspective - during Central Standard Time. As soon as it was clear that RSNA would not happen in person my calendar for the reserved and blocked Saturday to Wednesday filled up immediately with pretty much no time left to actually dial in to the presentations and with little interest to browse the online science or industry exhibits. RSNA lives - and hopefully will continue to thrive - by the fact that people travel to Chicago and take their time to talk to the representatives, to join the science community, and to simply talk to one another. 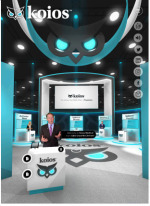 GREAT NEW PRODUCTS? BOOTH PRIZE
Possibly great new products! I attended several pre-RSNA product presentations organised by the big vendors and prepared for my time zone and actually did not believe that it would be well spend personal time to go through all the VIRTUAL BOOTH setups, that are obviously all different and that all need some initial explanation on how to use or where to find things. I also believe that the summaries that AUNT MINNIE or the vendors present are more complete and possibly less biased then my annual selection — but do not worry, I will do it again next year regardless! 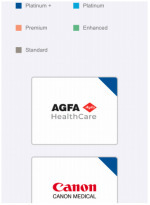 Some big vendors did not even have a virtual booth (United Imaging) or required you to sign up separately again (CANON and GE). One of the highlights of my annual report is my rating of the best booth design. This year it goes to PHILIPS (large company) and KOIOS (small company) that impressed me with ease of use, information content, and their virtual design and presentation. CONGRATS on that one, but please invest in a real one for 2021. But I believe that all vendors should have a virtual booth anyway all year around that allows them to present and highlight their current offering. Maybe a good idea to host a virtual 365 day RSNA conference?


It is obviously somewhat difficult to show importance or size of a company in a virtual booth that needs to be accessed through a smartphone, tablet or desktop. The way that the RSNA differentiated the amount of money spend was by their placement on the vendor list — first PLATINUM+, then PLATINUM, followed by PREMIUM, ENHANCED, and STANDARD … every category with a smaller Logo / Text font :-)

SCIENTIFIC PRESENTATIONS and DIGITAL POSTERS
I loved the scientific presentations. No real rush, you can actually theoretically attend several presentations in different „rooms“ consecutively, you can watch whenever you have time, great visuals and the ability to actually make screenshots. As far as I am concerned the RSNA does not have to go back to the old system of live presentations or be at least more selective. The poster and digital poster hall was always reserved for my early morning hours or towards the end of the meeting. I am not a big fan of digital posters presented as a sequence of power point slides. First you need to invest time in finding them and then you need to scroll through the slides. I like real big posters - within 10 seconds or less I know on whether I am interested or not and then can spend more time with the particularly interesting ones. If the RSNA is interested in my opinion — keep the real posters, and put the digital posters in the year-round RSNA show. 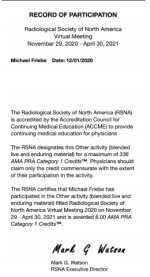 But I managed to actually listen to some interesting talks and looked at great posters — just to give you an idea about the wealth of information available, selecting ARTIFICAL INTELLIGENCE, NUCLEAR MEDICINE AND VASCULAR yielded 230 digital posters!

And for all of that listening and reading I even received a RECORD OF PARTICIPATION and a CERTIFICATE OF ATTENDANCE … something that I do not need as an engineer, but that also shows that a digital confirmation is of course easier to generate if you have watched digital content!

This virtual report is already as long as the ones that I typically write from a real one … weird! But that is also a good reason to stop now. 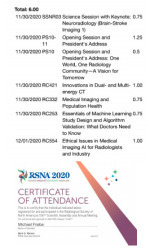 A report from someone that really missed the trip to RSNA and that hopes to see all of you (+ some more) at the 2021 edition of a real in person RSNA in Chicago.