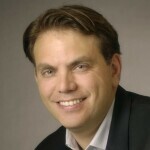 Sitting just behind heart disease and cancer, medical errors in hospitals were cited as the third leading cause of death in the United States in 2016, according to the BMJ, and the truth is not enough has been done to address the issue since. Considering how looked after we feel in a hospital setting, it's a rather frightening statistic. It's therefore important to remind ourselves that throughout history, from treating polio to discovering insulin, analytical inquiry has proven itself a crucial prerequisite to innovation and improvement. Sometimes, regardless of the veracity of such statistics, it takes a well-circulated critique to serve as a wake-up call for an industry to thoroughly re-evaluate itself.

Defining medical error has become more of a focus in recent decades, and that’s because healthcare institutions needed to establish “error” as a clinical research priority. Today, we define medical error as an unintended act (either of omission or commission) or one that does not achieve its intended outcome. These errors can occur as a result of; a failure of a planned action to be completed as intended (an error of execution), the use of a wrong plan to achieve an aim (an error of planning), or a deviation from the process of care that may or may not cause harm to the patient.

Part of the reason such misconceptions exist are due in part to the shortcomings in classifying errors throughout history. The annual list of the most common causes of death in the United States, compiled by the Centers for Disease Control and Prevention (CDC), informs public awareness and national research priorities each year. The list is created using death certificates filled out by physicians, funeral directors, medical examiners, and coroners.

But the death certificate posed a major limitation: it historically relied on assigning an International Classification of Disease (ICD) code to the cause of death. As a result, causes of death not associated with an ICD code, such as human and system factors, were not traditionally captured, creating a smokescreen for budding analysts.

It’s worth noting that incidence rates for deaths directly attributable to medical care gone awry haven't been recognized in any standardized method for collecting national statistics. The medical coding system was designed to organize billing for doctors’ services, not to collect national health statistics, as it is currently being used. At that time, the medical community overlooked that diagnostic errors, medical mistakes, and the absence of safety nets could result in someone's death. Because of that, medical errors were unintentionally excluded from national health statistics.

“Right now, cancer and heart disease get a ton of attention, but since medical errors don't appear on the list, the problem doesn't get the funding and attention it deserves," said Martin Makary, professor of surgery at the Johns Hopkins University School of Medicine, in an interview with JHU Hub.

It’s fair to say though the tides are beginning to turn, with the science of safety becoming a prominent issue of concern since the turn of the century. The more our technology and expertise matures, the more medical analysts can delve into variables and patterns that were previously obscured. Research analysis has become much more immersed in discovering causation by looking deeper into how communication breakdowns, diagnostic errors, simple poor judgement, and inadequate level of qualifications can directly result in patient harm or death.

It is quite the departure from certain early 20th century directives, which lacked many of the tools and knowledge at our disposal today.

For instance, authoritative nursing texts from the early 20th century reassured medical professionals that passage of a nasogastric tube into the trachea was unlikely and, if it did happen, a sudden “stop” would alert the clinician.

These tubes were often malpositioned, leading to significant harm and even death. Further research suggests it existed as a significant contributor to preventable deaths in ICU patients. as Avery L. Smith et al. note in a Baylor University Medical Center study, "This assumption of safety from life-threatening injury is so widely accepted that blind insertion of feeding tubes is routinely performed by nurses who are not required to obtain specific certification for this procedure."

While it’s easy to highlight the role played by physicians who may well have implemented certain unrefined methods throughout their doctorship, the onus should remain fixed on the insufficiencies of the system in which they have operated. The qualifications of doctors are not necessarily in dispute, it’s the conventional framework from which they operate that has neglected certain procedural points of concern.

Doctors are trained to treat the patients, not refine and analyze conventional treatment methods. It’s these conventionally-accepted treatment methods, some of which have remained divorced from modern analytical foresight, that need a renewed focus most. Without this, the system will continue to suffer from poorly coordinated care, fragmented insurance networks, the absence of safety nets, and unwarranted variations in physician practice patterns that lack accountability.

For us to properly address this predicament, it’s crucial that we are honest with ourselves. Our culture has become all too anaesthetised in accepting the collateral loss of medical procedures. Unwanted variations in results is the danger, therefore developing consensus protocols that streamline the delivery of medicine and reduce variability, can improve quality, lower costs and minimize preventable deaths in health care.

The emergence of COVID-19 alongside the birth of dynamic medtech solutions in recent years has added some much-needed momentum to the issue of medical safety. Medtech solutions alongside willing collaborative movements, such as the Patient Safety Movement Mission, were recently born out of a yearning to eliminate preventable harm and death in healthcare. It’s these sorts of collaborative movements that raise awareness in the right places, and they will ultimately help shape the opinions of medicine’s decision makers in the years to come.

About the author: Doron Besser is the CEO of ENvizion and managing general partner of Swing Medical. Prior to co-founding ENvizion with Shay Tsuker in 2013, Doron served as President and CEO of Angioslide Ltd., a company specializing in innovative, cost effective angioplasty products.