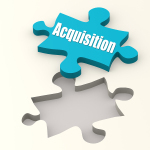 The deal adds a group of Ph.D. and master’s-level engineers and physicians, as well as 10 of MR Innovations’ patents, to SpinTech, which will rebrand its current business name from SpinTech Imaging to SpinTech MRI.

"With the integration of MR Innovations into our team, SpinTech has a full, end-to-end technology development platform. This means that researchers and engineers on the front end of the process can listen and understand end-users' specific challenges before developing practical tools to meet those needs," SpinTech CEO Ward Detwiler told HCB News.

In addition to its expertise, MR Innovations brings more than 300 published papers and a network of over 50 global collaborators. It also provides protocol development for medical imaging scans, image processing services, clinical research organization consulting and innovation in imaging hardware and software.

Both companies previously worked together to design technology for solutions such as STAGE, a standardized MR software program designed by SpinTech that enables AI-assisted detection and completes MR acquisitions of the brain 40% faster. It can improve visualization and quantitative results with applications for patients with Parkinson's disease, dementia, traumatic brain injury, multiple sclerosis and stroke.

Another SpinTech solution is its SPIN-SWI software, which received FDA approval in 2018 and was the first in a series of tools designed to enhance visualization of key neurovascular biomarkers from MR images.

SpinTech MRI will next focus on FDA 510k clearance of STAGE and emerging partnerships with other AI companies that will add new clinical tools to the STAGE platform.

"As our combined teams look to the future on the R&D front, we are focused on making improvements to the core STAGE platform (further reducing acquisition time, improving contrast and resolution) while increasing development of our AI/ML tools for automatic biomarker detection and quantification," said Detwiler.

No financial details of the acquisition were disclosed.