Here’s a look at some of the latest testing equipment on the market.

BC Group International
Over the last year, BC Group International has released their new FSX-1101 SPO2 simulator, a handheld, battery or line-powered device. It has a bright, 2.4-inch color touchscreen that, coupled with an intuitive menu structure, allows easy access and viewing of all setup and function parameters.

The FSX-1101 comes with factory presets for testing devices from the most popular manufactures. If a biomed needs to do a more specific evaluation, there is a manual mode that allows individual control over each parameter, only limited by the specific values that are available.

“The FSX-1101’s unique design, allows it to be connected to any BC Biomedical patient or NIBP simulator,” O’Day said. “When connected to one of the simulators, the SPO2 signal is synchronized with the other wave forms and parameters being generated by the simulator. It also has a unique feature allowing the end user to customize the output to improve the accuracy of the simulation. No other comparable product offers this ability or flexibility.”

O’Day added that the FSX-1101 is the only SPO2 simulator on the market with a lifetime warranty.

“Users can start with a single channel today and slowly add more channels as demand increases,” said Owen Liu, director of business development for Datrend Systems. “And when the time comes for service, customers can send in their entire system or individual channels to minimize down time.”

Similar to other vPad products released in the past few years, this infusion pump analyzer runs on an Android tablet. Features include user-configured test criteria for automatic passing or failing of tests, channel-linking of multi-channel pumps, automatic recall of preventive maintenance procedures based on inventory control numbers and real-time test graphs, such as trumpet curve analysis.

Last year, Datrend also released the vPad-CO2, an end-tidal CO2 (EtCO2) breath simulator for testing of mainstream and sidestream capnometers or patient monitors with capnography functions. The device can run as its own stand-alone simulator or be integrated with the vPad-A1, a modular, all-in-one, multi-parameter patient simulator.

The company plans to continue its focus on adding more features to their vPad Apps, so that existing customers can receive new features even if they purchased the devices a few years ago, Liu said.

The software automates the test process for electrical safety testing and testing of defibrillators and ventilators, from starting the test to capturing and storing results, said Kiran Jagilinki, software product manager for Fluke Biomedical. It also has customized reporting features.

“We pitch OneQA as a true friend to a biomed,” Jagilinki said. “It works with the biomed through the biomed’s day.”

The software can link with work orders from the computerized maintenance management system to make the maintenance process seamless. 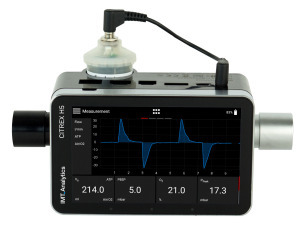 IMT Analytics CITREX H5 2
IMT Analytics
Over the last year, IMT Analytics has made upgrades to its CITREX H5 gas flow and pressure analyzer. It can now be used together with the company’s OR-703 MultiGasAnalyser.

“The biomed can go through the hospital testing ventilators and anesthesia machines,” said Kerwin Sanger, business development director for IMT Analytics. “They share data. When you make a report, you can include information from both.”

IMT Analytics devices are especially important due to the COVID-19 pandemic, because a large number of ventilators were built and sold as a result.

“Maintaining the huge number of medical devices is going to be a challenge because they’ll need to be tested at least once a year,” Sanger said. “Our devices are needed to make sure they’re still working to the manufacturer’s specifications. There may not be enough biomeds and test equipment to keep up with the increased demand for service. Our devices help biomeds to be more efficient in their testing and reporting.”

IMT Analytics CITREX H5
The company has been working with ventilator manufacturers to create new applications using their testing parameters for the CITREX H5.

This year, IMT Analytics has also released the capability for any biomed to create their own test sequences using their FlowLab software.

“They can now use our FlowLab software to create, save, and share tests that follow manufacturer’s requirements and completely customize the reports with their company’s logo and the customer’s specific information,” Sanger said. 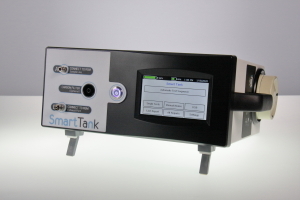 The device automates testing of respiratory gas monitors to the manufacturer’s specifications, with all the needed test modalities in a single unit, said Darryl Zitting, co-founder of Life Spark Medical. It can also simulate patient breath with a realistic capnogram.

“With SmartTank, you pick the model you are testing and it walks you through the manufacturer’s test procedure,” Zitting said. “This takes the place of multiple tools needed to do the performance verification. Instead of carrying a bag of tools you can simply pull out the SmartTank.”

Zitting said the device is easy to use, so even the least experienced biomed can perform preventive maintenance on respiratory gas monitors.

The SmartTank has a touchscreen user interface and can run for eight hours on a single battery charge. It automatically generates a report as a text file, without the need for software to read or download the reports.

The Phantom Lab
In the last year, The Phantom Lab has released its Smári Automated Image Analysis software to analyze CT and digital breast tomosynthesis images.

Each phantom has a set of test objects to provide results on manually set criteria, such as geometric distortion on MR, as well as image uniformity and noise. Users upload phantom images and the software provides a report on some of the test objects. 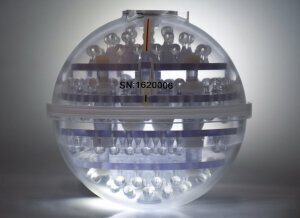 The Phantom Lab Magphan S162
“For many years, the process to assess image quality was to look at images,” said Ariel Dickson, head of project management and regulatory affairs for The Phantom Lab. “Post-processing makes this more complicated. This removes the objectivity of human analysis.”

The majority of The Phantom Lab’s phantoms include two years of access to the software.

Also new from the company is the Magphan S162 head phantom, an integrated MR QA system for MR-guided surgery and radiotherapy.

“The international community currently measures DAP for dental and we are also seeing interest here in the U.S.,” said Melodie Eberhart, co-director of global sales at Radcal.

The company’s new DAPcheck Plus sensor displays DAP for fluoroscopy and radiography scanners.

The base meters are modular and they can add new sensors, Eberhart said. They can be added on to any Accu-Gold+ Digitizer or Accu-Gold Touch meter system 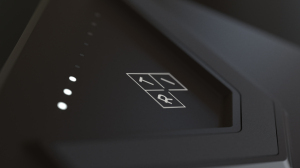 This probe is typically used to quality-assure X-ray systems during manufacturing, regular service appointments and after replacement of certain parts. 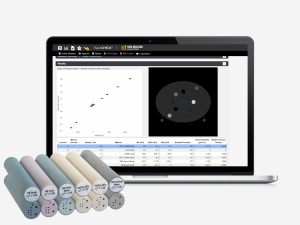 Sun Nuclear RapidCHECK
“The unique design provides two detector sizes in one probe, 10 square centimeters and 100 square centimeters, which ensures full compliance with U.S. standards, 21CFR1020.30 to 21CFR1020.39, and IEC standard, 60601-2-3, 60601-2-54, and 60601-1-3,” said Fredrik Brorson, vice president of Solutions for RTI Group. “There is a big demand, particularly from the big X-ray manufacturers, because there are very few probes available in a true 100-square-centimeter size.”

The probe enables measurement of scatter and leakage both at long and short distance, fixed, or in a sweeping pattern, depending on the required application. It also has a rugged and robust construction compared to ion chambers.

The company has released the RTI Scatter Probe along with the new generation of its Ocean software, called Ocean Next. The X-ray quality assurance software is designed to be faster and with a better user interface.

“The steps that clinicians face would normally be tedious,” said Ken Ruchala, product manager for Sun Nuclear. “All that is now just a one-click computer operation. It saves time and can reduce errors, leading to more efficient, precise treatment planning calibration.”

The automated software can also do some error checking and lets you do a retrospective analysis, with all records incorporated into the data set, Ruchala said.

The company also released a combination kit for its Multi-Energy CT Phantom, which provides a base and set of rods for both diagnostic and radiation therapy testing.