by Gus Iversen, Editor in Chief
Over the last several years, research has helped draw the link between breast density and breast cancer. Patients with dense tissue are at higher risk of the disease and may benefit from secondary screening modalities, due to the possibility that dense tissue will mask a tumor on conventional mammogram exam. 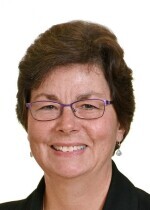 HCB News: You recently looked at how breast density awareness compared among women in states with notifications and states without. What did you find?
NK: Multivariate regression models adjusted for covariates indicated that women in notification states were 1.5 times more likely to receive density information while older, lower income, lower literacy, Black and Asian women were less likely. Overall, only 39% of women discussed density with providers; women in notification states were 1.75 times as likely. Older and Asian women were less likely to have spoken with providers; women with high literacy or prior biopsy were more likely. State legislation status was not associated with differences in density knowledge, but Hispanic, lower income, or low health literacy women had less knowledge regarding density’s masking effects; older women were more knowledgeable.

HCB News: Do we know why breast density notifications are not more effective?
NK: Our prior paper in JAMA, which reported textual analyses we conducted on various states' DBNs, found that DBNs' readability levels ranged from grades seven to 19.4 (mean, 11.1), most exceeding the recommended readability level (grades seven to eight); about 20% of the population reads below a fifth grade level. Only three states’ DBN readability level was at the eight-grade level or below, and some of the highest readability levels occurred in states with the lowest literacy levels. These findings suggest that DBNs are hard to read and/or understand for some women.

HCB News: Are there other opportunities, more broadly, to improve breast density awareness across the country?
NK: Yes, there is an opportunity to improve health education about breast density in general and especially for women with low literacy, through decision aids, and health education materials. It seems that more targeted approaches are needed to achieve more equitable knowledge and access to information, in order to alleviate existing disparities.