by Gus Iversen, Editor in Chief
By Lars Thording

Already on Monday morning, when the first exhibitors started moving in, it was clear that this year’s Heart Rhythm Society (HRS) Scientific Sessions (already pushed from the Spring) were going to be a bit different. While the large industry players were busy building their monster exhibits, the busy entrepreneurs in smaller exhibit spaces were few and far between. Besides, exhibitors had already been limited in number of staff they could bring to the conference, hinting at a somewhat reduced number of visitors as well.

Reduced participation
In the end, HRS 2021 participation was greatly reduced compared to past years. On the conference floor, we heard a common story: Many hospitals and labs are still under economic pressure, clinicians and allied professionals are still hesitant to travel — and the large number of international participants that we normally see at HRS were almost entirely absent. The in-person activities of HRS 2021, held in the Boston Convention and Exhibition Center in the Seaport part of Boston and surrounded by high-end hotels and restaurants, was preceded by a virtual experience that kicked off in late June. While I commend the event organizers for adapting to the unpredictability of the pandemic with a hybrid format, it would be my hope that this virtual element would not be repeated in coming years. The true value of the annual convention and scientific sessions largely lies in the personal interaction, drop-by meetings and accidental conversations of the in-person experience. HRS 2022 is scheduled for April in San Francisco, and I hope we will be (sufficiently) back to normal for the in-person conference to be back in style and size.

Normally, this technology innovation is financed by the largest manufacturers in the industry — Biosense Webster (a Johnson & Johnson company), Abbott, Boston Scientific, and Medtronic. However, these industry giants rely on the constant innovation coming from skunk works, entrepreneurs, and scientists in smaller companies that showcase their innovation at HRS conferences and often end up being acquired by the large manufacturers. In this way, their technology gains commercial access and ultimately serves to improve treatments.


There were not a lot of these smaller companies at HRS 2021, whether due to economic constraints or the risk of investing in a conference presence that would not meet expectations. However, knowing the limitations to innovation in large corporations, I think this was a great shame: Electrophysiology needs small business innovation. Hopefully, these will be back in 2022.

One exception was the curiously large number of small exhibits promoting patient monitoring equipment: This is reimbursed in addition to and independent of the CMS reimbursement for electrophysiology ablation, so it’s possible the proliferation of these is due to the fact that their technology and service improves patient treatment without reducing the already thin hospital margins on ablation procedures.

If so, that’s great for patient care. But we also really need innovation that reduces costs directly related to the ablation procedure so that hospitals can continue to adopt new and better technology without risking their bottom line.

The large manufacturers
Meanwhile, the large manufacturers continued to massively dominate the HRS conference — in the Scientific Sessions as well as on the exhibit floor. Their presence was comparatively subdued, with large floor settings rather than multistory exhibits, and their engagement seemed overall limited. The new, fanfare-bolstered product launches of the typical HRS conference were largely missing.

There was one major exception to this: Biosense Webster built a large, imposing two-story exhibit with lots and lots of exhibit staff (mostly talking with each other). No doubt the idea was to send the message that Biosense Webster dominates the industry (which it does), but the message sounded a bit hollow in the half-empty exhibit hall where everybody else had a taken a more pandemic approach to their presence.

Innovation
In terms of innovation overall, HRS 2021 was a bit thin. In scientific sessions, there were interesting and important presentations and discussions around 4D ICE (intra-cardiac echocardiography catheters — ultrasound catheters used in electrophysiology procedures), new mapping methodologies and catheters, and new approaches to electrophysiology diagnoses and ablation. These were mostly dominated by the four large manufacturers and their consultants.


However, there is a small revolution brewing in the electrophysiology space, and this took significant life at the HRS conference: pulsed field ablation (PFA), a new ablation modality that promises to reduce procedure time, enhance ablation efficiency and improve safety for patients. Without going into too much detail, this modality represents true and significant innovation based on energy source and deployment, and I am looking forward to seeing the first solutions finding their way to the electrophysiology lab.

Literally every electrophysiology manufacturer of any significance (led by Boston Scientific, Biosense Webster and Medtronic) is pursuing this new modality in a race to bring the first solutions to market and set the standards for treatment. However, size doesn’t always matter, and we saw electrophysiologists and other participants literally lining up to talk with and see demonstrations by Galaxy, a pulsed field ablation technology company, while activity was much less at the large exhibits. Overall, Galaxy and its technology show great promise and could play a major role in the electrophysiology industry of the future.

Technology innovation and cost per procedure
Acutus Medical also has a pulsed field ablation program and, while relatively new to the electrophysiology world, Acutus Medical again presented itself as a serious contender to business as usual: The company’s mapping technology is a small revolution in itself, and the company is building a complete Atrial Fibrillation solution that, objectively speaking, is probably the best in the industry. In addition, Acutus’ approach to electrophysiology is a new and refreshing one: The company is not just focused on producing better technology. It also engages the subject of how better technology can be made available to more patients through solutions that are focused on managing cost per procedure. 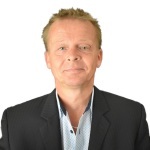 Lars Thording
You would think that any industrialist would have to discuss cost impact to have any play with hospitals and electrophysiology labs, but nothing could be further from the truth. In fact, the topic of cost rarely comes up at Heart Rhythm Society. (Single-use device reprocessing, which reduces the cost per electrophysiology procedure by $1,000 to $3,000, was an exception at this year’s conference.) The conference, just like the industry, looks at innovation from a technology perspective rather from a value perspective. This means new technologies are launched at a rapid pace, but it also means that hospitals and electrophysiology labs are hit with an endless increase in cost per procedure. This is unsustainable from a cost perspective — and therefore also from a patient care perspective: If electrophysiology labs cannot be profitable, fewer patients will have access to the service. I hope to hear more discussion of this fact at future HRS events.

About the author: Lars Thording is the VP of marketing & public affairs at Innovative Health LLC.