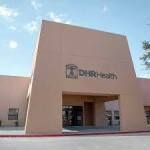 Doctors Hospital at Renaissance has requested that it be allowed to expand off of its main campus in Texas.

by John R. Fischer, Senior Reporter
A Texas physician-owned hospital has requested an exception to rules that prevent it from expanding its facility, much to the chagrin of hospital trade associations.

Under the Physician Self-Referral Law, physician-owned hospitals may not expand beyond their size as of 2010. But Doctors Hospital at Renaissance is requesting that it be allowed to under a limited exception that permits “high Medicaid facilities,” which have higher percentages of Medicaid patients than other hospitals in their individual counties.

It is the first provider to make such a request under this exception, according to Modern Healthcare, and is requesting permission to add 551 beds, operating rooms and procedure rooms. It also has separately requested approval from the State of Texas to add a new facility in Brownsville, which is approximately 50 miles away from the main campus in Edinburg.

The American Hospital Association (AHA) and the Federation of American Hospitals (FAH) says there is no evidence to support the request and that approving it may negatively impact competition for other hospitals in the community, including members of both associations. The decision, they say, could lead other hospitals to do the same, with no way of reversing such expansions if they prove to have negative consequences.

"They've got plenty of space, if there were more Medicaid admissions that were required," wrote FAH President and CEO Chip Kahn to CMS in a March 11 letter. "There's no way that this hospital, which shows no intent to serve Medicaid, specifically, meets the spirit of the law."

Former President Donald Trump changed the high Medicaid facility exception in January 2021 to allow such hospitals that meet the requirement to request larger and more frequent expansions. While the policy change affects only a narrow pool of hospitals, AHA and FAH contend from 2020 estimates that around 24 or 25 providers could qualify in the near future.

They have asked CMS to reverse this policy change entirely, in addition to denying Doctors Hospital’s request. Kahn says the worry is that Doctors Hospital could set up a whole system of hospitals across the state if its request is approved, which in turn could hinder patient admissions at neighboring hospitals, including one that is an FAH member.

In its application for the Brownsville facility, Doctors Hospital says it will only transfer patients to its main campus in Hidalgo County. Khan says this is unnecessary as hospitals in Brownsville and Cameron County have lower average occupancy rates than Doctors Hospital’s main campus, and that such transfers pose safety concerns due to the 50 mile distance.

Additionally, he says, even if the exception were granted to Doctors Hospital in Hidalgo County, the Brownsville hospital is unlikely to meet the high Medicaid facility requirements in Cameron County, as other hospitals there have a higher percentage of Medicaid discharges than Doctors Hospital’s main campus and are relatively moderate volume hospitals.

Roberto Haddad, Doctors Hospital's vice president and counsel for government affairs and policy, says the hospital would continue to meet the needs of the community with a high Medicaid facility exception. "We are not a corporate hospital model with statewide expansion plans. DHR Health is applying for a high Medicaid facility expansion exception to increase the overall capacity allowed under the law so that we may continue serving our community now and into the future," he said in an email to Modern Healthcare.

While he has not disclosed if any of the new beds and rooms were intended for the Brownsville facility, he has the backing of local lawmakers and Rep. Henry Cuellar (D-TX), who has submitted letters of support to CMS for DHR’s request.

Kahn says he is confident that the Biden administration will reverse Trump’s decision in the future. "I know the current administration feels very strongly about this Stark Law, and so I think we can hope that they'll choose to roll this back," he said.

Bill Horton, a partner at Jones Walker who co-chairs its healthcare industry team, says CMS will likely deny the request without reversing the entire policy change. "This exception is really, I think, intended to be a fairly narrow exception to a deal with circumstances where there is a sort of demonstrable community in the Medicaid lower income population. It sort of seems to me that that's a stretch to say, well, let's go an hour's drive away from here and include that.”

The waiver for the Brownsville facility is under review, according to the Texas Health and Human Services Commission.