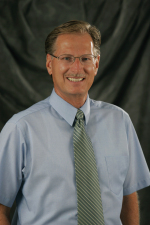 At Associated Imaging Services, Old SMV Cameras Are Made Like New

Does anyone have an SMV nuclear gamma camera that needs service? Better yet, would anyone like to purchase a refurbished SMV camera?

That's what Mark Spangler, president of Associated Imaging Services, Wichita, KS would like to know.

Before Spangler started Associated Imaging Services (AIS) in 1990--a company that services GE and SMV gamma cameras and all brands of ultrasound equipment--Spangler had a vast amount of experience servicing gamma cameras such as Picker, Scintronix, Sopha/SMV and GE.

SMV was a company that partnered with AIS to install and service most of the SMV equipment throughout Kansas and Oklahoma. In 2001, GE purchased SMV and Spangler continued to service the SMV cameras for GE.

Spangler says AIS is about to contact several customers in the San Antonio area who are still using SMV equipment. "Our plan is to tell them we specialize in SMV equipment and that we have a large inventory of SMV parts," he says.

Besides refurbishing the SMV cameras, AIS sells a variety of ultrasound equipment. In this area of AIS's business, the company's strategy is strictly regional, says Grant Norris, account representative.

"Response time is so important to our customers that we like to be within driving distance so that we can get there in their time of need as quickly as possible," Norris says.

He adds that the company is also well positioned in that there aren't any other established third party companies in Kansas that do what AIS does.

"Now we only do business in Kansas, Oklahoma and parts of Missouri. We're getting ready to reach into certain areas of Texas," Norris says.