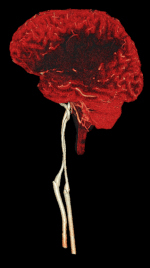 by Barbara Kram, Editor
This week, organizations around the globe are working to create awareness and educate people about the signs, symptoms, treatment and prevention of one of the leading causes of death and disability--stroke. Wednesday, 29 October officially marked World Stroke Day.