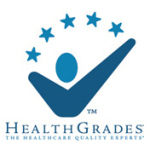 by Lynn Shapiro, Writer
The Sixth Annual HealthGrades Women's Health in American Hospitals study identifies patient outcomes for maternity care and in-hospital treatment for 16 procedures and diagnoses. Ratings for individual hospitals have been posted at www.healthgrades.com. Wide gaps persist between the best and worst hospitals, HealthGrades has found.

The study focuses on two major areas of care for women, maternity care and women's health, as these represent the gamut of women's healthcare needs. Only 15 hospitals across the nation provided the best comprehensive coverage in both of these categories.

"Women account for nearly 60 percent of all hospital admissions. Because of this, the impact that quality women's health has on our nation is tremendous," said Dr. Rick May, senior physician consultant and a study co-author. "Based on the huge quality gaps we've identified in our study, it is crucial that women take a more active role in their healthcare by seeking out hospitals with the best quality outcomes and using this information in their decision when selecting a hospital," she says.

* 169 hospitals were recognized as HealthGrades 2009/2010 Women's Health Excellence Award recipients. This places them within the top 5 percent of all hospitals nationwide.
* Among eligible hospitals, a total of 18,089 lives could have been saved and 6,849 complications avoided if all eligible hospitals performed at the level of the best-performing hospitals in women's health.
* Improvement in mortality and morbidity for top-performing hospitals was 33 percent, compared with poor-performing hospitals.
* Only one state, Colorado, was in the top 10 (lowest mortality and morbidity) for all three categories of women's health. Florida, Michigan, Montana, Ohio and South Dakota ranked among the top 10 in at least two out of three categories of women's health.
* 82 percent (14,930) of the potentially preventable deaths were associated with just four diagnoses: pneumonia, stroke, heart failure, and heart attack.

HealthGrades analyzed approximately 13 million hospital delivery and neonatal records from 2005 through 2007 in more than 1,500 hospitals in 19 all-payer states and found:

* 218 hospitals received a HealthGrades five-star rating for their maternity care programs. Of these, 145 had complications rates and weight-stratified neonatal mortality low enough to place them among the top 10 percent of hospitals studied. These 145 hospitals are recipients of the HealthGrades 2009/2010 Maternity Care Excellence Award.
* The difference in quality of care between maternity programs is substantial for both vaginal and C-section deliveries: the best-performing hospitals had 52 percent fewer maternal complications among women who had vaginal births compared to poor-performing hospitals and 76 percent fewer complications among women who had C-sections.

Patient-choice C-sections accounted for the largest difference (84 percent) between best- and poor-performing hospitals.
* If all hospitals, among the 19 states studied, performed at the level of the best-performing hospitals from 2005 through 2007, 182,129 women may have avoided developing one or more in-hospital major obstetrics complications.
* Best-performing hospitals had a 56 percent lower weight-stratified neonatal mortality compared to poor-performing hospitals.
* C-section rates average approximately 32 percent among the 19 states studied.
* Quality inconsistencies are seen when comparing states; those with the lowest complication rates had almost half the complications compared with states that had the highest complication rates.
* Patient-choice C-section rates - those where no medical necessity was indicated - rose 8.7 percent, from 2005 through 2007, from 2.07 percent to 2.25 percent of deliveries.