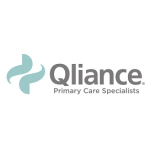 by Lynn Shapiro, Writer
Seattle-based Qliance Medical Management, which operates what it calls an "insurance-free direct primary care clinic," said Tuesday it has received $4 million in a new round of venture capital funding that will help the company expand operations.

The money comes from three firms led by Second Avenue Partners and includes participation by New Atlantic Ventures and Clear Fir Partners. This brings the total amount of capital raised since Qliance opened in 2006 to approximately $7.5 million.

Qliance plans to use the proceeds to open its second clinic in Kent, WA in August and also for a third clinic, planned around the end of this year. Meanwhile, the company says it is in discussions with several large groups to extend its model to other parts of the country.

Qliance provides internal medicine services to individuals and small business owners who are being squeezed by current insurance premiums. New doctors are attracted to the clinic with stock options.

Given the demand for low-priced heath care, the market for Qliance could snowball, according to the venture capitalists backing the company.

"We see the Qliance's direct primary care model as an important transformational option to health care reform that is easily scalable for other communities across the U.S.," said Nick Hanauer, managing partner of Second Avenue Partners, based in Seattle.

He adds, "Their innovative health care model reduces costs dramatically for individuals and businesses while delivering exceptional care and access for patients."

In lieu of co-pays, Qliance patients pay monthly membership fees ranging between $39 and $79, depending on their age. In exchange, Qliance patients get unrestricted primary and preventive care including vaccinations and checkups; care for such conditions as pneumonia, minor fractures, routine women's health exams; and care for chronic illnesses such as diabetes, hypertension and obesity.

No one is excluded because of pre-existing conditions and the company offers relaxed, 30- to 60-minute office visits, eliminating waiting time and rushed visits for patients and gratification for physicians, who are allowed to spend as much time with patients as they deem necessary. Performance, not volume of patients seen, is the measure of a doctor's success.

It does not provide specialists, so Qliance members are urged to select a low-premium insurance plan for catastrophic illnesses, such as trauma sustained in a serious car accident, cancer or other serious illnesses.

"The Qliance direct primary care model begins to fix what is broken with health care in America," says John Backus, managing partner of New Atlantic Ventures, based in Reston, VA. "With direct primary care like Qliance, it is possible to do what many in Congress think is impossible--to extend quality health care to more Americans while actually reducing cost for all."

Dr. Garrison Bliss, co-founder and chief medical officer of Qliance, says that "most people don't realize that insurance is simply not needed for 90 percent of the reasons people go to a doctor today.

"By operating without the hassles of insurance reimbursement overhead, Qliance providers can reduce costs for patients and employers and focus on what we were trained to do--practice medicine and heal," Dr. Bliss says.

Dr. Bliss had practiced internal medicine for 30 years before leaving insurance behind in 1997 and creating the first affordable direct primary care model in the nation, Qliance says. He founded Qliance in 2006 with seed money from Second Avenue Partners, Clear Fir Partners, and other private investors.

In 2007, the Washington State legislature recognized direct primary care as an innovative health care delivery model, not to be regulated as insurance and paving the way for all Washingtonians to receive quality primary health care, the company says.