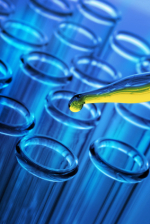 by Lynn Shapiro, Writer
Even as officials at Canada's National Research Universal (NRU) reactor, which supplies 50 percent of the world's medical isotope, molybdenum-99, said the plant will be shut down until later this year, Lantheus Medical Imaging says it has received FDA's nod to use low-enriched uranium from the Open Pool Australian Light-water (OPAL) reactor, as a substitute for NRU's product.

Before scrambling to diversify this spring, Lantheus' main supplier was the NRU.

FDA's approval of OPAL's low-enriched uranium (LEU) helps avert what would have been a severe shortage of parent compound MO-99 and of technetium-99m (Tc-99m), the medical isotope made from it.

Netherlands Reactor to Shut Down for Repairs

FDA's approval of the LEU-derived isotopes comes at a critical time, not only for Lantheus but for other producers, as well. This is because in addition to the NRU shutdown, the other world-class reactor in The Netherlands--which produces from 30 to 40 percent of global MO-99 supply--is scheduled to be shut down for repairs from July 18 to August 19. Without LEU from Australia, U.S. hospitals would have been hard-pressed to conduct imaging exams.

Two-year old OPAL is the newest of six reactors worldwide that produce Mo-99. So far, FDA has approved four of them in Belgium, Canada, France and The Netherlands, observers say. Most of the U.S. supply still comes from Canada's 51-year old NRU reactor. The plant was shuttered in May when a heavy water leak was discovered.

As demand for medical isotopes increases, most of the reactors used to produce Tc-99m are almost a half century old and ailing. "Currently, 95 percent of the world's needs are supplied by only five reactors, all of them over 40 years old," Luis Echavarri, director general of France's Nuclear Energy Agency (NEA), said in a statement following an international meeting held in Paris last month to discuss the supply problem.

No Terror Threat With LEU

Lantheus says that "the use of LEU-based plants represents a new alternative for Mo-99 suppliers that is in line with current nonproliferation efforts in the U.S. and abroad," as LEU cannot be used as an instrument for terrorism.

"While there are currently no reactors that use LEU targets in the U.S., the nuclear medicine community recognizes the need for a domestic source of Mo-99 to accommodate U.S. and global demand as well as to minimize and eventually eliminate HEU exportation," Lantheus says.

As for the Canadian reactor, AECL president and CEO Hugh MacDiarmid, says that repairing it "for Canadian patients and health care practitioners is our primary objective. We have a dedicated team working around the clock to bring the NRU back to operation as quickly and as safely as possible. However, it is a complex task with many variables."

In response to this statement, MDS Nordion says it is critical that the Canadian government insist that AECL abide by what it says is a commitment to replace the NRU reactor by bringing the Maple facilities back online as soon as possible.

MDS Nordion built the twin Maple facilities for AECL and signed a contract in 1996, stating that the reactors would replace NRU. The Maples plants were scheduled to be operational in 2000, with the $145 million cost paid by MDS Nordion. However, the Canadian government and AECL idled the new plants last year, claiming they had a fatal design flaw.

Nordion argues that the flaws can be repaired. The two sides are now locked in litigation over the Maples plants.