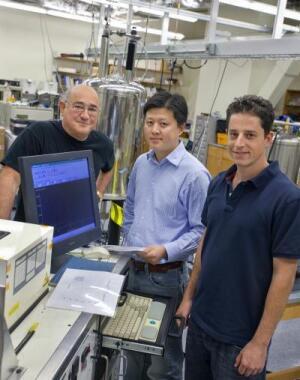 Next, the patient would exhale and the tagged gas particles, bound to the biomarker-bearing biosensors, would leave the body and be gathered in a bag or some other container. They would then be processed and because the magnetic coordinates for each particle are unique they could be used to reconstruct the exact location of the particles in the body and reassemble a spatially accurate image from the scan -- but with sensitivity to the biomarkers orders of magnitude greater than before.
1(current)
2