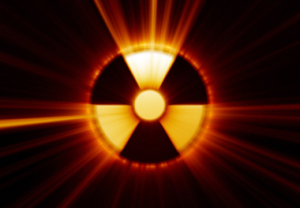 How well do doctors understand the risks of ionizing radiation from imaging equipment? In many cases, not very, it turns out, if a new report is to be believed.

An analysis of recent studies of doctors' understanding of radiation risks shows many poorly grasp the risks of CT scans - especially those to children.

Also, many doctors aren't quite sure what sort of modalities present risks in the first place. In some studies, up to a quarter of doctors think ultrasounds emit ionizing radiation, and as many one in five think MRI devices do.

The surprising findings appear online this week in an article in the October issue of the European Journal of Radiology.

For CT scans on adults, in several of the studies only 41 percent of doctors estimated the dose correctly, and 28 percent thought it was much lower than it was. In fact, 11 percent of participants in one of the German studies thought an adult CT exam delivered a lower dose than a chest X-ray.

Doctors tended to perform worse in gauging the effect on children, who, with more years ahead of them, typically have greater risks from radiation. Only one-third of registered pediatricians in Germany correctly estimated radiation dose for children from CT scans, according to the report, with just more than half underestimating the dose. In the United Kingdom, only 7 percent correctly predicted the dose.

Except for two successive local German studies that showed small improvements in physicians' knowledge of radiation's risks, there were no general trends observed, the authors said.

Still, because of the heterogeneous nature of the studies, it's hard to really compare them, and the authors were quick to note this was not a meta-analysis - that is, a study treating several other studies as data points in a larger "experiment."

"The overall relatively poor results concerning knowledge of radiation exposure and risk awareness are difficult to interpret," the authors, led by Lucian Krille with the Institute of Medical Biostatistics at the University of Mainz in Germany, wrote. "No trends over time were discernible in any country but Germany. All other successive surveys were not conducted in the same region and differed in terms of methodology, limiting comparability. The findings must therefore be interpreted with caution and may only be seen as rough indicators for medical CT related practice."
1(current)
2