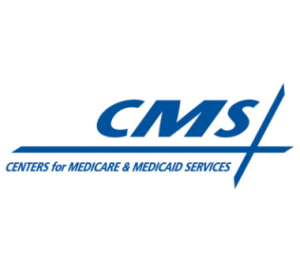 A center for evaluating schemes for improving health care and lowering costs that Medicare chief Donald M. Berwick dubbed the "jewel in the crown" of health reform legislation has now gone live.

The Affordable Care Act allocates $5 million implementation budget and $10 billion from 2011-2019 for the U.S. Department of Health and Human Services to run the center and pay for initiatives.

"It's reduction of cost without harming a hair on anyone's head," Berwick said in October during an event at the Brookings Institution, according to Federal News Radio.

The center is headed by Dr. Richard Gilfillan, a family physician who from 2005 to 2009 served as president and CEO of Geisinger Health Plan and executive vice president of system insurance operations for the Geisinger Health System in Danville, Pa. While there, he helped implement the ProvenHealth Navigator medical home model, Berwick said while announcing the appointment in September.

Some health economists consider the center critical to the success of health reform. In a June press briefing from Health Affairs, David Cutler, a Harvard University economist, who advised the Obama administration while it developed health reform, said it could help find ways to bend "the cost curve."

"If we can not bend the cost curve, then not only will the new commitments we've made fail, but the older commitments to Medicare and Medicaid and a variety of other programs will fail as well," he said, according to a Health Affairs summary of the event.

For a start, the center will test the medical home concept in eight states in a program that will include up to 1,200 medical homes. It will also run the Federally Qualified Health Center Advanced Primary Care Practice Demonstration with up to 195,000 Medicare beneficiaries, as well as a program with chronically ill Medicaid patients and "dual eligibles" - patients who can receive both Medicare and Medicaid.

But the center could face some opposition from a GOP-run Congress. A report from Inside Health Reform earlier this month said the $10 billion earmarked for the new agency could be considered an "easy target" by Republicans.

If it does survive, future goals for the program Berwick hopes to see eventually realized are a reduction in the incidence of pressure sores for bedridden patients and fewer cases of hospital acquired infections, according to a McKnight's report.