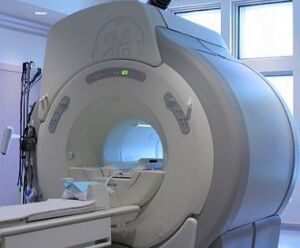 A radiology department at a German academic hospital was able to almost double the percentage of patients receiving an MRI scan within 24 hours, thereby increasing scanner productivity by one-third and probably saving hundreds of thousands of dollars a year, according to a new study.

The key, according to the doctors with University Hospital Giessen and Marburg in Germany, was to apply Lean Six Sigma management techniques.

LSS, famously used by some big brands like General Electric Corp., looks to improve process measurements and outcomes. It combines Six Sigma, originated at Motorola in the 1980s, for process improvement and reducing errors, with lean management, begun at Toyota's car-making plants, to make production more efficient and eliminate waste.

Though it's in the lifeblood of MBAs and corporate bosses, LSS and other management techniques are only beginning to filter down to health care.

"Many health care organizations do not measure key parameters such as demand, capacity, patient access, process efficiency, and productivity," write the authors, led by Li Zhang, with the 1,200-bed German hospital. "They are run like cottage industries of nonintegrated and dedicated artisans. Among the consequences are underutilization of very expensive resources and long patient delays."

In the study, the group took a patient satisfaction survey and found 24-hour turnaround for MRI scans ranked high among patient preferences. The group first spent a couple of months in early 2009 getting a baseline of how the department performed. Then, through 2010, they spent another two periods measuring results as they implemented the program, and after it took effect.

They say they identified 33 "failure modes," or process snags leading to waste, and they fixed the 14 most critical ones. Fixes included increasing staffing levels to prevent personnel from being overloaded, eliminating redundant examinations, and getting rid of superfluous documentation to drop the radiology information system completion time from nearly 3 minutes per exam to under a minute.

As a result, the percentage of patients who had an MRI scan within 24 hours jumped from around half to more than 90 percent. The group also believes they were able to run more than 1,000 additional examinations after launching the program.

Other benefits include: the mean cycle time dropped from 52 to 39 minutes, the monthly throughput increased by 38 percent and scanner productivity jumped 32 percent, the researchers said.

"Productivity enhancement and customer satisfaction were made possible by LSS, without increasing workload," the authors concluded. "Quality and cost are reconciled by process improvement."

The study appeared in the Sept. issue of the Journal of the American College of Radiology.